“Movement is a fundamental but complex phenomenon, and we are still a long way from being able to predict when and where animals decide to move and how they make these decisions”, says movement ecologist Dr Hannah Williams. To decipher the riddle the researcher from the Max Planck Institute for Animal Behavior receives a Freigeist fellowship of the Volkswagen Foundation. Williams will conduct her studies at the Centre for the Advanced Study of Collective Behaviour (CASCB) at the University of Konstanz. The aim of the Freigeist initiative is to offer researchers the freedom for creative thinking, whilst at the same time providing security and a dedicated research team for at least 5 years. Her fellowship is granted with 1,6 million. 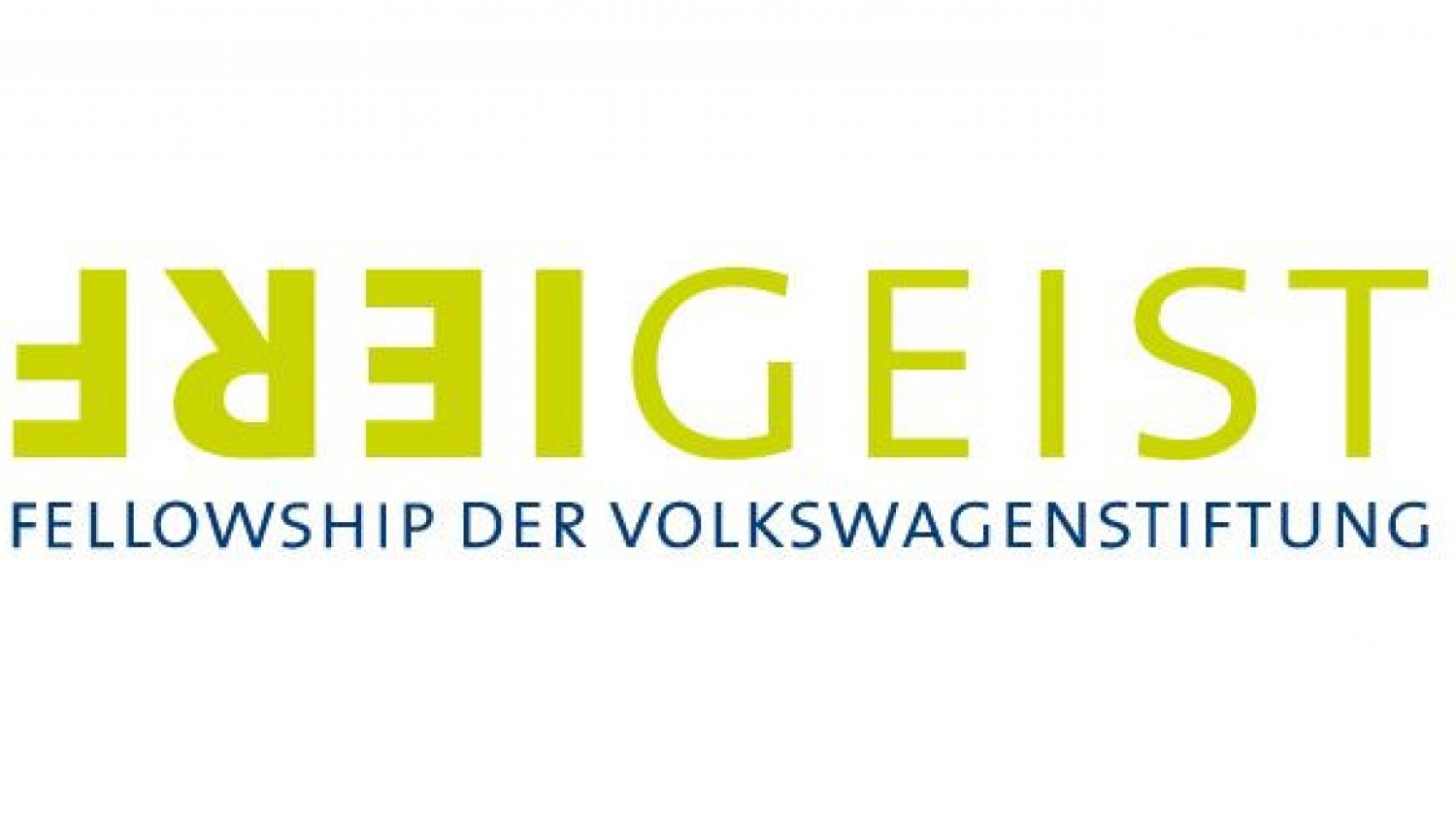 “A Freigeist fellow is a young researcher with a creative mind” as the Volkswagen Foundation emphasize. You received this special grant for the project ‘Optimal Movement Theory: Perception of energies to “up-the-odds” for efficient movement’. Why do you want to explore movement? And what is your specific research intention?

Hannah Williams: Movement is a fundamental but complex phenomenon, and we are still a long way from being able to predict when and where animals decide to move and how they make these decisions. To understand how different aspects of the environment, or resource landscapes, influence a movement decision would allow us to map animal movement patterns before they happen. Which in a changing world is essential for understanding processes of mass flows of animals and critical thresholds for systems to function. The work over the next 5 to 8 years aims to develop an Optimal Movement Theory, that can predict movement decisions of animals and their groups based on probability, energetics and multiple resource landscapes.

Since there is still so much to explore, where do you start?

The energetic cost of movement depends on an animal’s locomotion type as well as the environment, so they must make probabilistic decisions to move in ways that conserve energy. We know that many species have evolved to exploit energy available in the physical environment to reduce their movement costs, such as aerial species soaring in updrafts, marine species benefiting from favourable water currents, or terrestrial animals choosing the gentle slope of a hill over climbing a vertical cliff face. However, since this environmental energy is notoriously difficult to locate, and in the aerial and marine environments is invisible and unpredictable, I first want to establish the energetic value of social information as a way of increasing certainty in movement decisions. 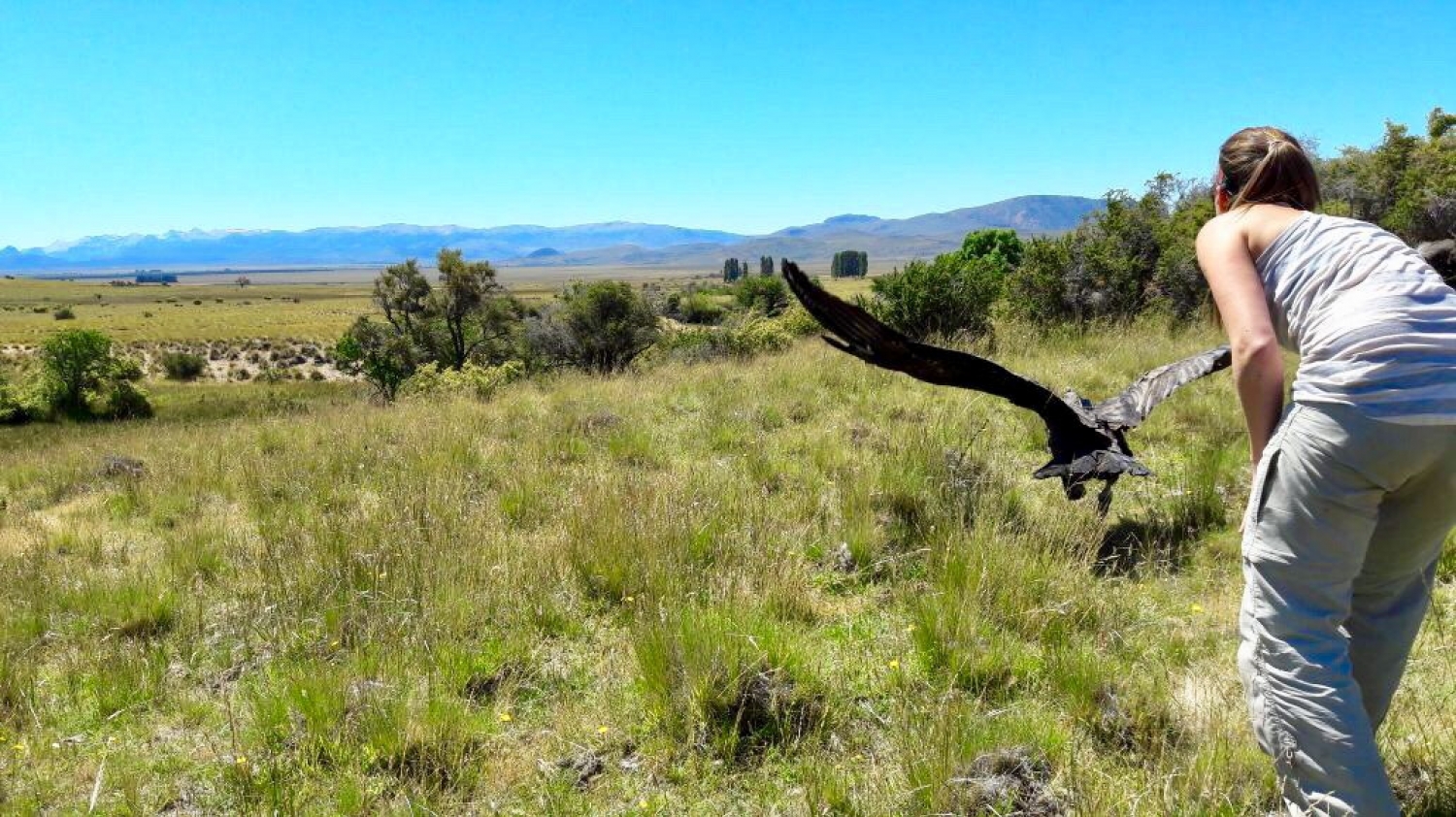 On what previous research findings can you build on?

We know that animals observe the behaviour of others to locate patches of food, so I want to explore the idea that the animals most reliant on environmental energy for cost efficient movement have evolved a physical intelligence to eavesdrop on the movements of others to find cheap routes. It is difficult to believe that we do not know what mechanisms animals have evolved to locate environmental energy, especially when we humans also aim to conserve energy in movement and are trying to replicate the efficient decision-making of animals in the programming of autonomous vehicles. I predict that animals have evolved to tap into the information available in the movement and locomotion of others to increase certainty in their expectation. If we can determine to what extent, then we will be closer to pre-empting the movement patterns of individuals and their groups.

You must be able to put yourself in the animals' shoes, right? How is that possible?

To explore this requires an understanding of how animals see their world, build up an expectation and make probabilistic movement decisions. Here, I will enter into the eyes of the soaring bird through those of human paraglider pilots using gaze-tracking technology and establish how the perception of environmental energy may be integrated in movement decisions. Like soaring birds, paragliders are completely reliant on dynamic airflows for movement as they do not have an engine they can simply switch on when they cannot find an updraft. Simultaneously, we will set up a new long-term field study in Argentina and monitor the movement behaviour of all individuals in a closed population of Andean Condors (vultur gryphus). Here we can apply the insight gained from the paragliding study to quantify the value of social information in movement decisions for a species who’s ecology is extremely dependent on environmental energy. 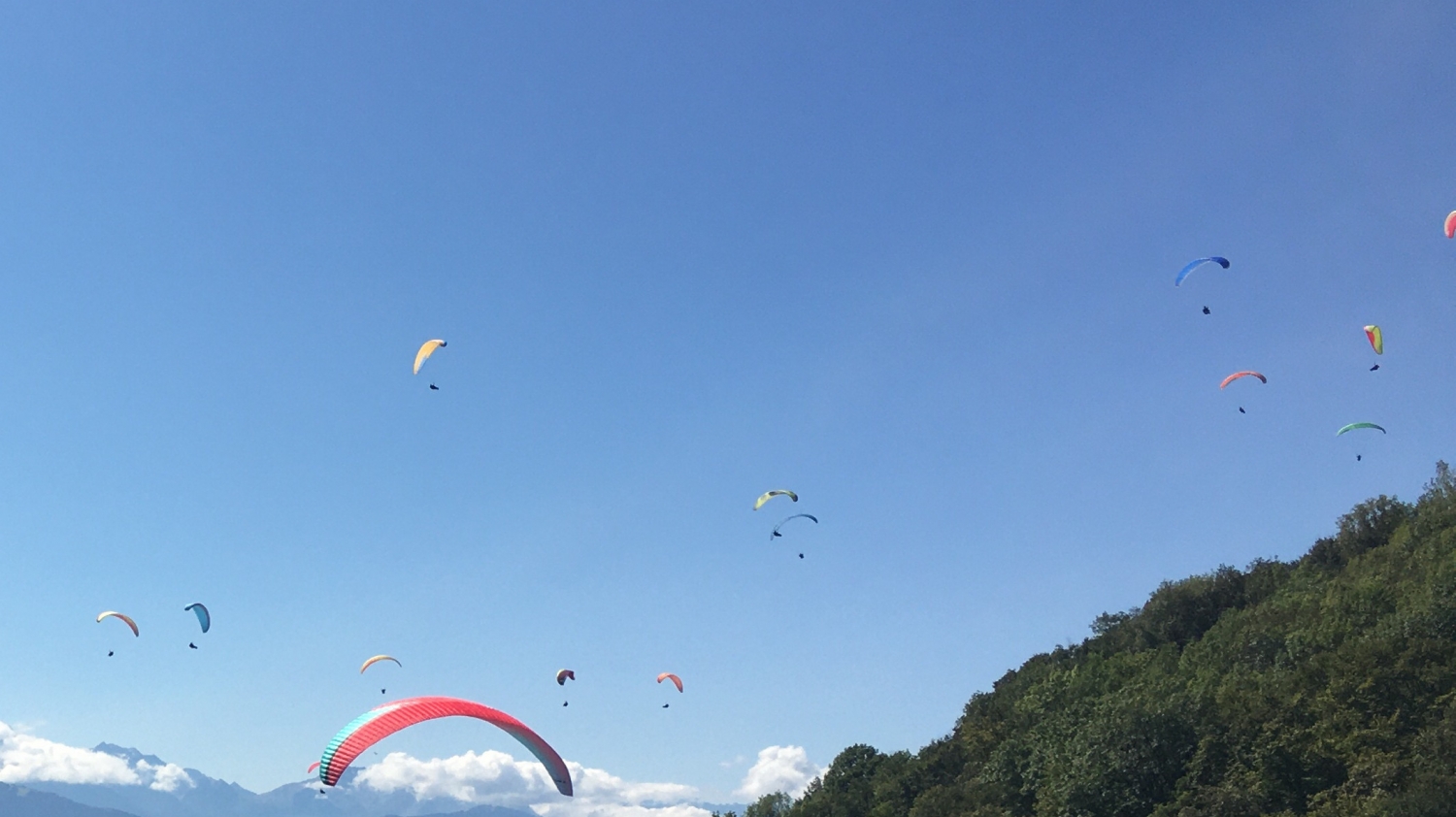 With the fascinating combination of the bird's eye view and the paraglider perspective you can clearly see your vivid creativity.  It also sounds very challenging. What research insights do you hope to gain?

The project I am proposing is a challenging one, as it is a somewhat intangible concept, but with the paraglider pilots we will gain tangible insight and build a dataset unlike any other. The pilot and their paraglider wing are essentially one soaring organism, and although comparisons between humans and animals are usually not made in ecology, in this case the environments and motion capacities are common between the two systems. Humans can provide us with an extremely relevant insight where natural systems pose a challenge, and vice versa, animal systems have evolved for efficiency and can inform movement strategies of humans and our technologies.  For example, we can establish which social cues pilots or unmanned vehicles should pay attention to if they are to gain a competitive advantage and move optimally towards a goal. The combination of real-life natural and sports systems, simulations and virtual reality experiments, will provide comprehensive results for movement ecology and human-based movement.

For whom are the results relevant?

The work will establish the energetic value of social information in movement under different degrees of environmental dynamism. This is relevant to our studies of animal behaviour where they are bounded to operate with a degree of sociality by their shared need for unpredictable resources. This has implications for understanding the impact of the loss of social information with population declines or how a group may adapt to environmental change when movement costs will be impacted directly.
With this insight, the research group will build a model within Optimal Movement Theory that could predict the movements of soaring animals according to the different resource landscapes, including environmental energy, food resources and the social information landscape. Over time this can then be developed to predict the movement of animals with other forms of locomotion, bounded together by shared resource needs.

Only 13 people received the coveted fellowship this year. What does the funding commitment mean to you?

Creative, almost blue-sky research is liberating! But this approach is somewhat risky for early career researchers with little security in our positions. The Freigeist Fellowship welcomes this type of thinking, and provides the means to do this! With the funding I will build up a group of dedicated researches based here in Germany and Argentina, which with the support of the CASCB will combine the approaches of biologging in real space with simulation and manipulation experiments in virtual space. The funding offered by the Freigeist Fellowship is a long-term commitment that allows us to focus on the different aspects of this work simultaneously, and in real time exchange ideas between them, this is going to be a very exciting initial 5 years! 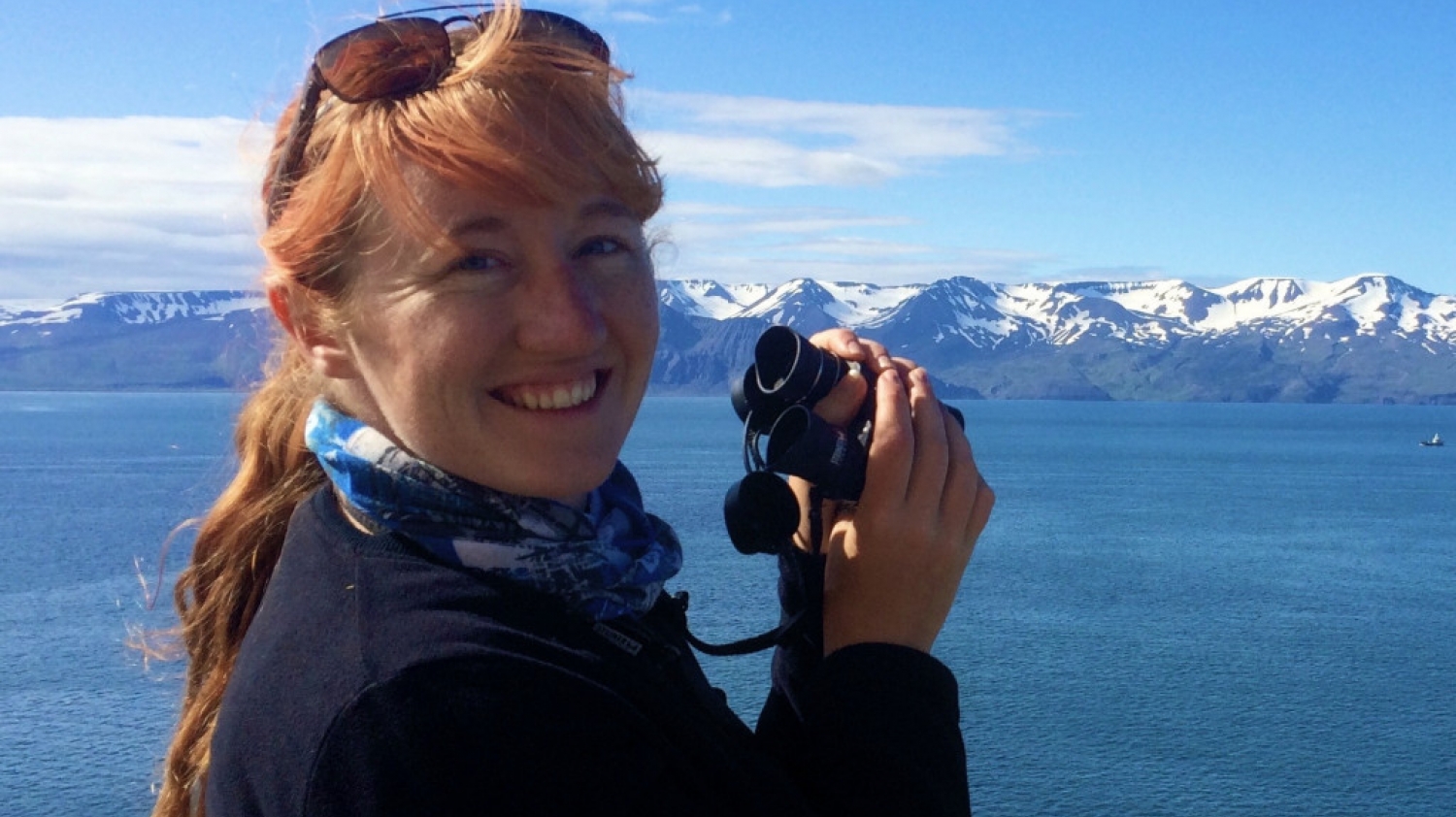 Dr Hannah Williams is a movement ecologist with expertise in the development of biologging sensors for behavioural ecology research. She has worked at the Max Planck Institute for Animal Behavior for the last two years and is an affiliate member of the CASCB. Prior to that she was a postdoctoral researcher and PhD student and the Swansea Laboratory for Animal Movement.
Over the past 9 years Hannah Williams has been developing the use of biologging technology to record the movement of animals, in particular soaring vultures. She has come to realize that when she observes a bird flying she is actually seeing physical metrics of movement like data streams of soaring performance, rather than an image of flying bird. A hypothesis started to take shape: perhaps these birds also see each other as moving metrics, which would provide a mechanism for measuring the characteristics of otherwise invisible airflows. This hypothesis has since developed as she has realized there is massive potential if we were to open up to idea that all moving beings can gain information on invisible energies by ‘seeing’ values in locomotion, beyond just a sensory stimulus.