Dr Einat Couzin-Fuchs from the Cluster of Excellence Centre for the Advanced Study of Collective Behaviour at the University of Konstanz has just returned from the locust outbreak in Kenya, where her team of researchers is doing something rarely done with natural plagues: basic scientific research. She describes what her team saw, what they are doing, and her hopes for how science can contribute to controlling outbreaks.

Dr Couzin-Fuchs, you just recently returned from the locust outbreak in Kenya. What do the swarms look like now?

It looks like water flowing over the land. I heard about the plague proportions, but I couldn’t imagine the scale until I saw it with my own eyes. Some areas were just fully infested, with only toxic plants left behind after the locusts had moved through. The insects move most during the morning and afternoon hours. You see them moving in streams towards new vegetation patches that they will climb over and eat during the hotter hours.


Are all the insects on the ground at the moment?

Yes, right now all the locusts in Kenya are juvenile hoppers. Their wings are not yet mature to fly but this will soon change as they approach their last larval stage before adulthood. These are the second generation of locusts from the current plague. The first generation of adults arrived in Kenya in late January, when they mated and laid eggs. Eggs are laid 8cm underground and so are harder to control with insecticides.


What will the hoppers do next?

Within a week or two they will become adults and fly to invade new areas and to mate and reproduce. That is why it’s so important to control the plagues now. Each adult lays 100 eggs, which means that each generation can be up to 100 times bigger.

What is happening to control the plagues now?

Ground teams are working to locate and spray the hoppers. They drive alongside the road and walk through fields depositing insecticides.

What does that mean for people living there?

It is a serious humanitarian crisis. The locals rely on their cattle for survival and tremendously suffer from the loss of vegetation by the locusts. In addition, the chemical used for controlling the outbreak, malathion, has also strong undesirable side effects, on all other insects and their predators like birds and reptiles. Mammals, including humans, are also affected as the chemicals taint crops, milk and meat from the area.

“Our main goal for research was to understand what are the rules governing the movement of locusts in the swarms.”

Einat Couzin-Fuchs, Principal Investigator at the University of Konstanz's Cluster of Excellence Centre for the Advanced Study of Collective Behaviour

You have a team of researchers studying the plagues in Kenya now. What are they doing?

Three other junior researchers from Konstanz travelled with me to Kenya. When we arrived the first step was to find the hopper bands. We received help from the Food and Agriculture Organization (FAO) of the United Nations, local scientists, and the local villagers. Our main goal for reasearch was to understand what are the rules governing the movement of locusts in the swarms. Believe it or not, despite the scale  of damage these plagues bring, this is still an open question. There are only a couple of groups working on understanding the basic biology of the phenomenon.

We set up cameras to film them in various topologies and ran experiments to manipulate the hopper streams. We also blocked out their ability to see or smell so we could study what information they use for movement decisions. I only saw the first trials when I was there and am looking forward to hearing what the team find out next.


What did you find out about how and where they move?

The hoppers start migrating in the morning and it seems that they initially align their movement with the sun. The stunning thing is that they just keep moving. In these quantities, it seems all that matters is that enough surrounding individuals move. While it’s too early to say for sure, it seems from our experiments that the hoppers rely almost exclusively on visual cues from their neighbours. This is why the resulting swarm moves so consistently in a single direction.

What are the next steps for your research on the swarms?

The rest of the team are still there and will keep doing experiments to monitor and test the rules of movement.  We developed contacts with the local ground teams and we are hoping to combine their data on where swarms are located with our scientific techniques for movement predictions. Having the coordinates of where the insect groups are over time could allow for the development of predictive models to analyse where they will move next. We are trying to establish exchange if information so that in future science could assist in more efficient control. 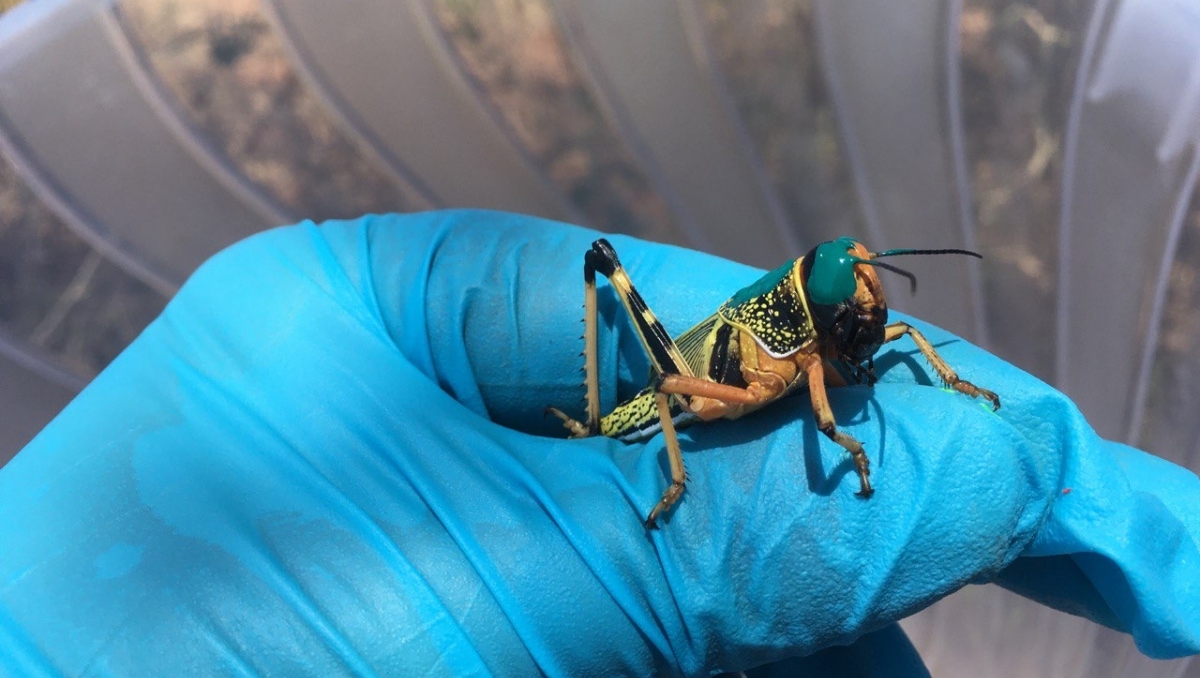 The team are running experiments on natural swarms to understand rules governing the movement of locusts. They set up cameras to film them in various topologies and they blocked out the sight of insects to see if locusts use vision for movement decisions.
© Einat Couzin-Fuchs
1 of 3
Hide text 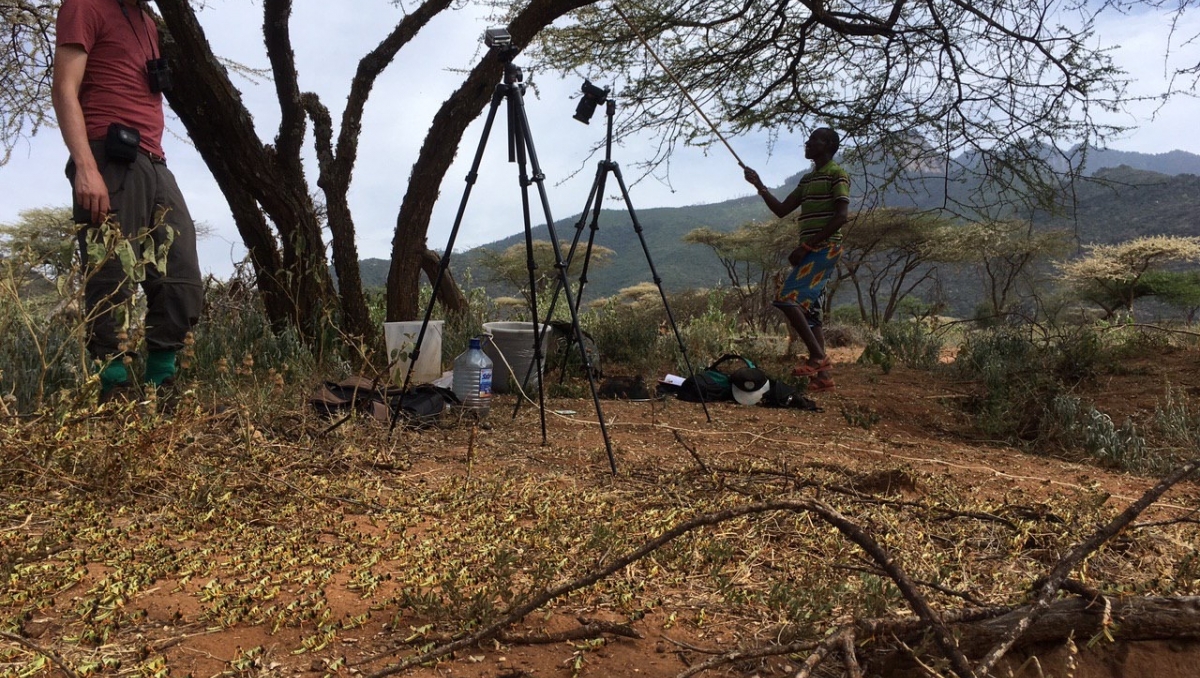 The team are running experiments on natural swarms to understand rules governing the movement of locusts. They set up cameras to film them in various topologies and they blocked out the sight of insects to see if locusts use vision for movement decisions.
© Einat Couzin-Fuchs
2 of 3
Hide text 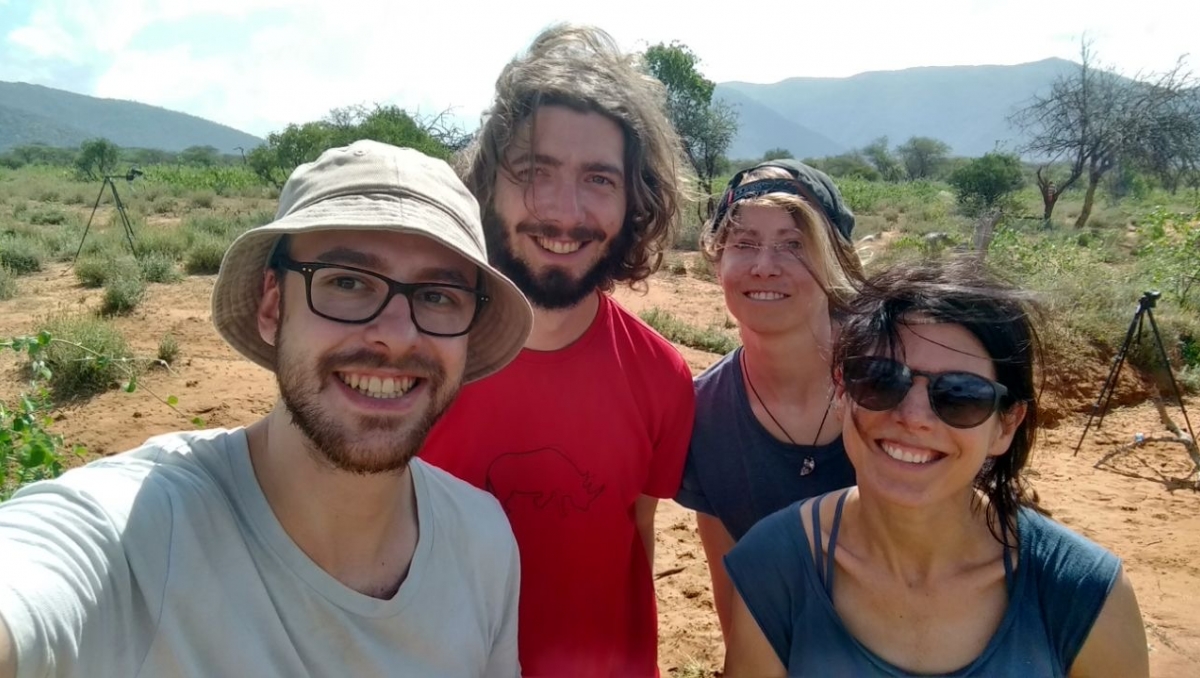 Einat Couzin-Fuchs is a Principal Investigator at the University of Konstanz's Cluster of Excellence Centre for the Advanced Study of Collective Behaviour and a Group Leader in insect neuroscience in the Department of Biology at the University of Konstanz. Her research focuses on understanding relations between insect sensory perception and action using cockroaches and migratory locusts as study species. In different projects, her group studies the neural mechanisms via which insects sample their environment (focusing on olfactory and tactile cues), make movement decisions, and execute them.