Gottfried Wilhelm Leibniz Prize laureate Iain Couzin talks about research for which he will use the prize money of 2.5 million euros

On 12 May 2022, Konstanz-based behavioural biologist Professor Iain Couzin will be honoured with Germany's most important research prize, the Gottfried Wilhelm Leibniz Prize of the German Research Foundation (DFG). On this occasion, campus.kn spoke to the laureate about his research. Iain Couzin was applauded for his "outstanding work in the field of behavioural biology that has led to a fundamentally new understanding of collective behaviour". The co-spokesperson of the Cluster of Excellence Centre for the Advanced Study of Collective Behaviour at the University of Konstanz is also the director of the Max Planck Institute of Animal Behavior.

Six months ago you learned you would receive the Leibniz Prize. The donor's stipulation is that you invest the prize money of 2.5 million euros in research projects. What are your plans?

Iain Couzin: I plan to use the money to conduct research in two principal areas: neuroscience and biodiversity.

What are you especially excited about exploring in the field of neuroscience?

A highly social species of small fish — the zebrafish. The fish has been found to have considerable benefits for preclinical studies of human diseases, including diabetes, obesity and heart disease. Our recent research has shown that mutations of 90 genes associated with human psychiatric disorders, such as autism and schizophrenia, also disrupt the collective behaviour of zebrafish. In collaboration with Dr Armin Bahl, who recently joined the University of Konstanz from Harvard University, we now plan to study how zebrafish regulate their social behaviour and to identify the neural circuits involved.

Sounds exciting, but zebrafish are very tiny. What will the procedure look like?

We will employ immersive virtual reality (VR) for animals. This is a new technology that we developed in Konstanz that allows animals, including insects and fish — which are far too small to wear a headset! — to move in photorealistic virtual worlds where they can interact freely with “holograms” of others. 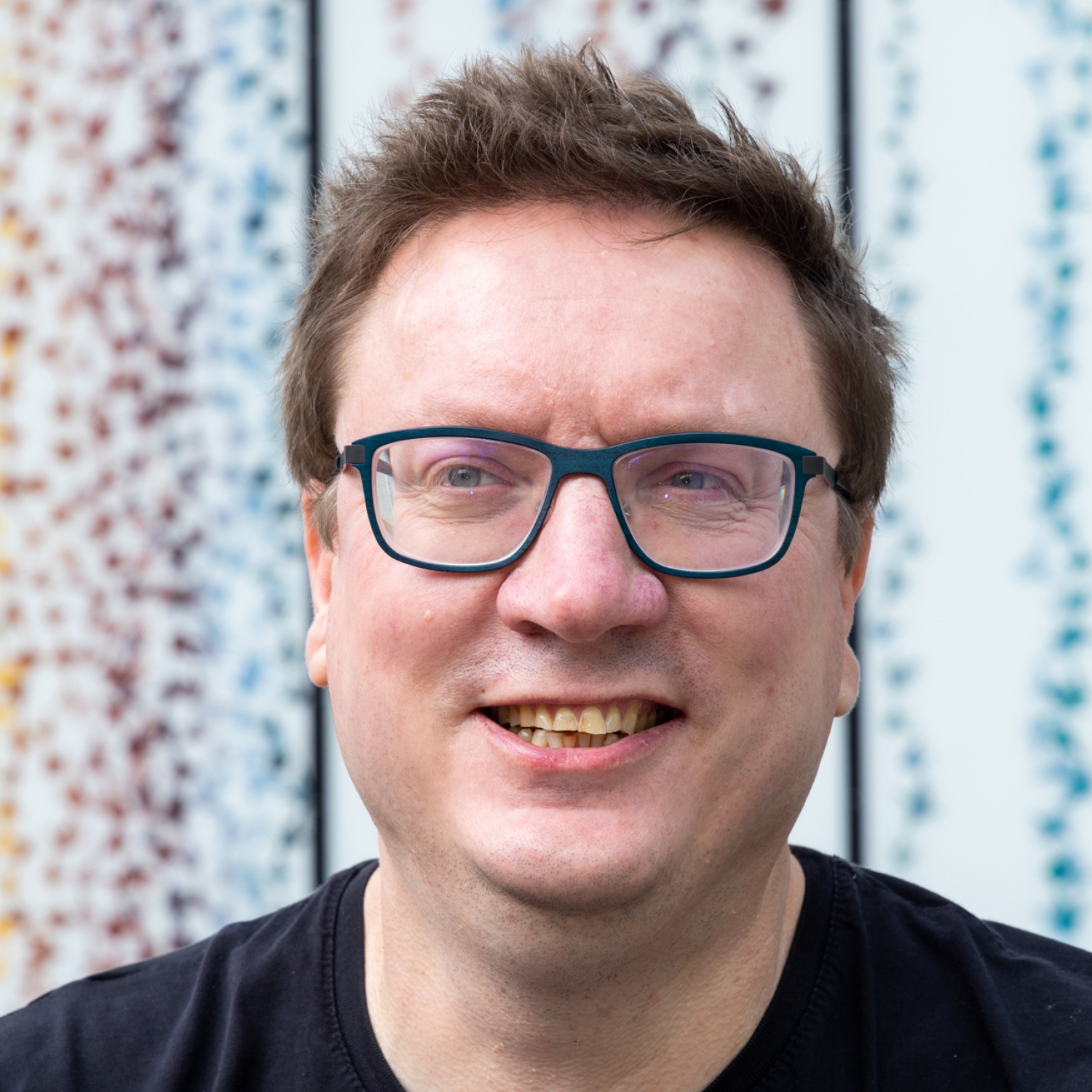 Combining this with new methods for imaging their neural activity will potentially help us understand how social behaviour is regulated and also how social deficits arise.

Environmental protection and nature conservation is more important than ever, so the results will certainly be very relevant. Does collective behaviour also come into play in your projects?

Absolutely, another important area where social behaviour proves critical is in conservation. Previously we have shown that a small subset of individuals may lead migrations, for example, of birds. At the same time, some species can only effectively respond to important environmental changes by grouping. Due to human impacts, such as deforestation, urbanization and hunting, many social species are especially at risk. These species are also the ones we most urgently need to study so we can protect them.

A large field of study – how do you want to approach this with your expertise?

In Konstanz, we have developed new non-invasive technologies such as automated tracking of grouping animals, such as the endangered Grevy’s zebra in Kenya, using small, cheap drones, which the animals do not respond to. We can identify species, and soon even individuals, from the video obtained from the air as well as reconstruct the habitat through which the animals move in 3D.

What conclusions can you draw from this?

We can understand why they are particularly affected by the habitat changes made by humans, and therefore make scientifically guided recommendations that maximize conservation potential while minimizing the impact on local human communities.

In many cases, machines or even Artificial Intelligence (AI) are used in your research.
Why do computers observe animals?

Humans have great trouble tracking more than one individual at a time, and it can also take us many years to learn to identify animals as individuals. In some cases, it is simply impossible for us. Hence, we developed software that can automatically track thousands of individuals simultaneously.

How intelligent is AI technology really?

For example, it can tell the difference between 100 animals, from flies to fish or rodents, that would be completely indistinguishable to the human eye. This type of software allows us, for the first time, to be able to measure and understand social interactions.

Where and when is the software used?

The software not only allows us to better understand the brain and lead conservation efforts, as I mentioned before, but we are also using this technology to understand and predict locust plagues. Locust swarms, which we study in the lab in Konstanz and in the wild in Africa, cause mass destruction of crops and are estimated to impact the livelihood of one in ten people on our planet through food shortages. The swarms thus also contribute to continuing and emerging humanitarian crises.

Did you find a solution?

In the case of locusts, commonly known as the “Biblical plague”, we have discovered that these “vegetarian” insects are, in fact, highly cannibalistic. They will march in unison for as far as the eye can see, but instead of working together, we found that when they run out of essential nutrients, especially salt, protein and water, they turn on each other. The highly coordinated swarm is a result of each individual trying to eat the ones ahead and avoiding being eaten by the ones behind. They are effectively on a “forced march” — stop and you risk being eaten.

We have also discovered how army ants, although nearly blind, form lanes to minimize congestion on their trails as well as how they connect their bodies together to form living bridges to allow the colony to cross gaps. In studies of collective decision-making in schooling fish, we found that “uninformed” individuals pay a critical role in promoting fair (democratic) and fast group decisions. Recently, we have used virtual reality for flies, locusts and fish to uncover a common mathematical rule for decision-making that is employed by neurons in the brain as well as animals in collectives, to make fast and smart decisions.

These studies have given us inspiration from animals to create robots that move and interact like real animals. This can allow us to discover new ways for swarms of robots to use “collective intelligence” to effectively explore space and to work together, for example during search and rescue operations.

Are there reoccurring patterns that can be observed in animals of different species i.e. fish, birds, herd animals, insects?

Yes, we work on a very wide range of species, from collectives of cells, such as in cancer, to human crowds. In all cases, revealing how interactions among the individual components work—be they cells, animals or humans—is always critical to understanding collective action.

What do the different species have in common?

Despite the differences, the computational and mathematical tools, such as those used for tracking or inferring how they interact, are relevant for all systems despite their scale. In all cases, the individuals both influence and are influenced by those with whom they interact. Therefore, behavior can spread through populations. We have found that the mathematics of how behaviours or opinions spread bears remarkable mathematical commonalities. This is the case, irrespective of the species—from fish to humans. We are beginning to understand why this is so. Consequentially, even though humans are highly complex creatures, certain aspects of their collective behaviour can be predictable.

Does this knowledge also benefit humans?

Yes. We must conserve biodiversity to maintain healthy ecosystems and thus to maintain human life as we know it. Locust plagues can decimate up to one eighth of the Earth’s land surface during plague years, and this area is expanding due to climate change. The collective intelligence exhibited by animals allows us to design new ways to improve and harness collective intelligence in humans. Understanding how humans behave in crowded environments is crucial to avoiding the tragic loss of life during crushing events, such as in the Love Parade disaster in 2010.