Shelling out for dinner – Dolphins learn foraging skills from peers

A University of Zurich study, led by Konstanz biologist Dr Sonja Wild (Cluster of Excellence for the Advanced Study of Collective Behaviour at the University of Konstanz), demonstrates for the first time that dolphins can learn foraging techniques outside the mother-calf bond from their peers, showing that they have a similar cultural nature to great apes. “These results were quite surprising, as dolphins tend to be conservative, with calves following a ‘do-as-mother-does’ strategy for learning foraging behaviours. However, our results show that dolphins are definitely capable, and in the case of shelling, also motivated to learn new foraging tactics outside the mother-calf bond. This opens the door to a new understanding of how dolphins may be able to behaviourally adapt to changing environments, as learning from one’s peers allows for a rapid spread of novel behaviour across populations,” explains Sonja Wild, who conducted this research as a PhD candidate at the University of Leeds. The research results were published in the scientific journal Current Biology on 25 June 2020.

“Shelling” as a foraging technique

The dolphins of Shark Bay, Western Australia, are well known to scientists and have been closely studied for more than 35 years. In the mid-1990s the first instances of an extraordinary behaviour were documented by researchers, but it was not until 2007 that a series of photographs revealed it to be a foraging technique, now called “shelling”.

Shelling is a tactic used by dolphins when prey hides inside large empty shells of giant sea snails. “They use their beaks to bring these shells to the surface and then shake the trapped food into their mouths – like the last few crisps at the bottom of a packet,” describes Sonja Wild.

Foraging techniques in Shark Bay are typically passed on from dolphin mothers to their offspring – what researchers refer to as vertical social transmission. This transmission between generations was considered the only way dolphins learned foraging methods.

But the new study, published in the journal Current Biology, demonstrates that some of Shark Bay’s dolphins have actually learned this foraging method outside the mother-calf bond. It suggests that these dolphins observed their close associates shelling and then adopted the technique themselves – what researchers refer to as horizontal social transmission, which can occur within generations.

These findings represent the first quantitative evidence of horizontal transmission of a foraging tactic in toothed whales, providing further evidence of cultural similarities between dolphins and great apes. Chimpanzees, gorillas and of course humans, have also demonstrated a broad range of socially learned foraging behaviours.

How the study was conducted

The international team of researchers headed by Professor Michael Krützen from the Department of Anthropology at the University of Zurich conducted boat-based surveys in the western gulf of Shark Bay between 2007 and 2018 to quantify how shelling behaviour spread across the population. The team combined behavioural, genetic and environmental data to model the different transmission pathways of shelling, which revealed most support for the non-vertical social transmission of this remarkable behaviour.

From more than 5,200 dolphin group encounters they identified over 1,000 different individuals. A total of 42 shelling events were documented, performed by 19 individual dolphins. Although shelling appears quite rare, both the number of shelling events and the number of individual “shellers” is likely to be an underestimate, as the behaviour occurs in bouts lasting a few seconds, and is therefore hard to observe. 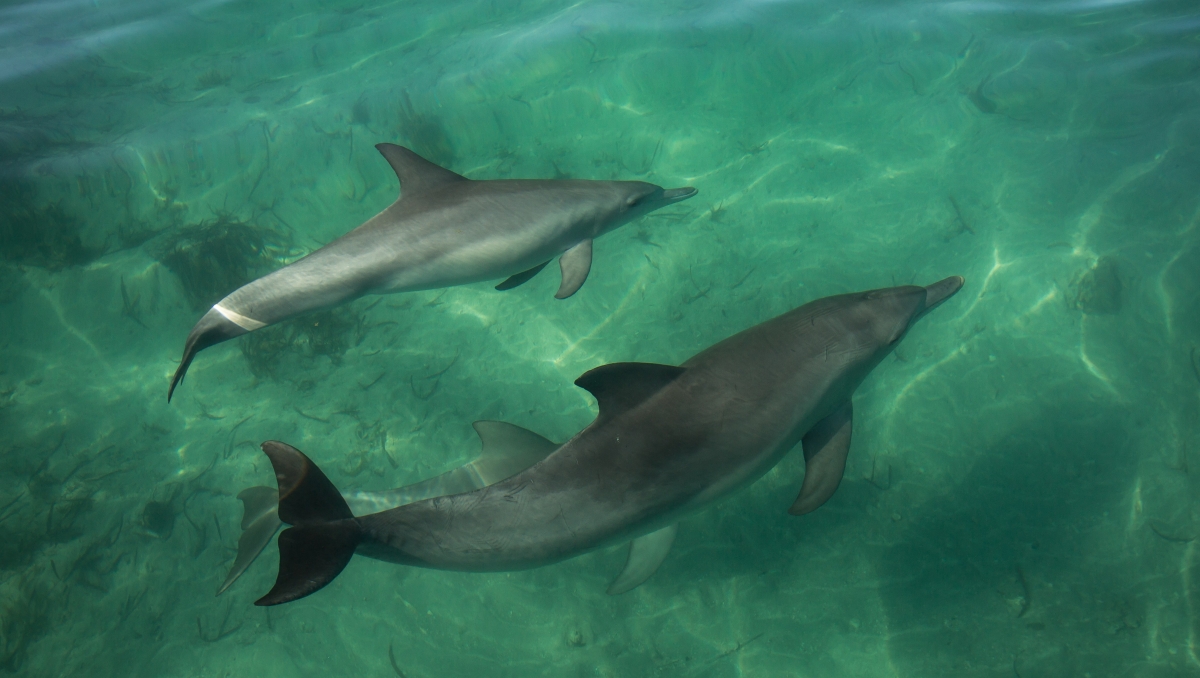 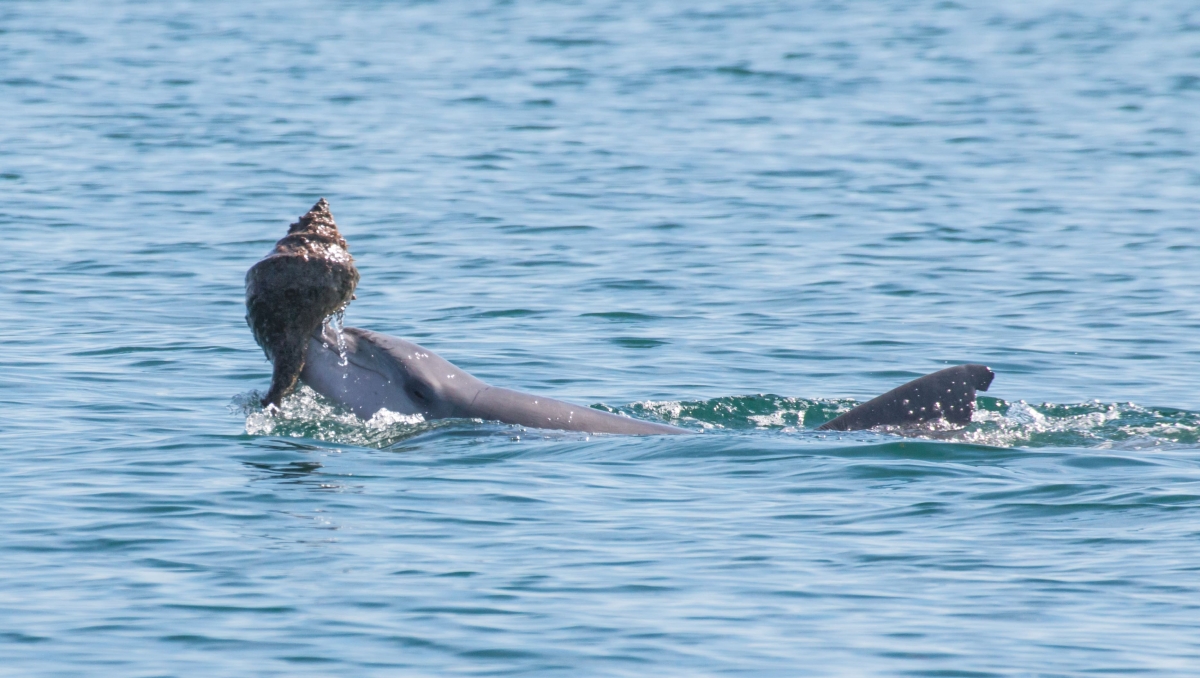 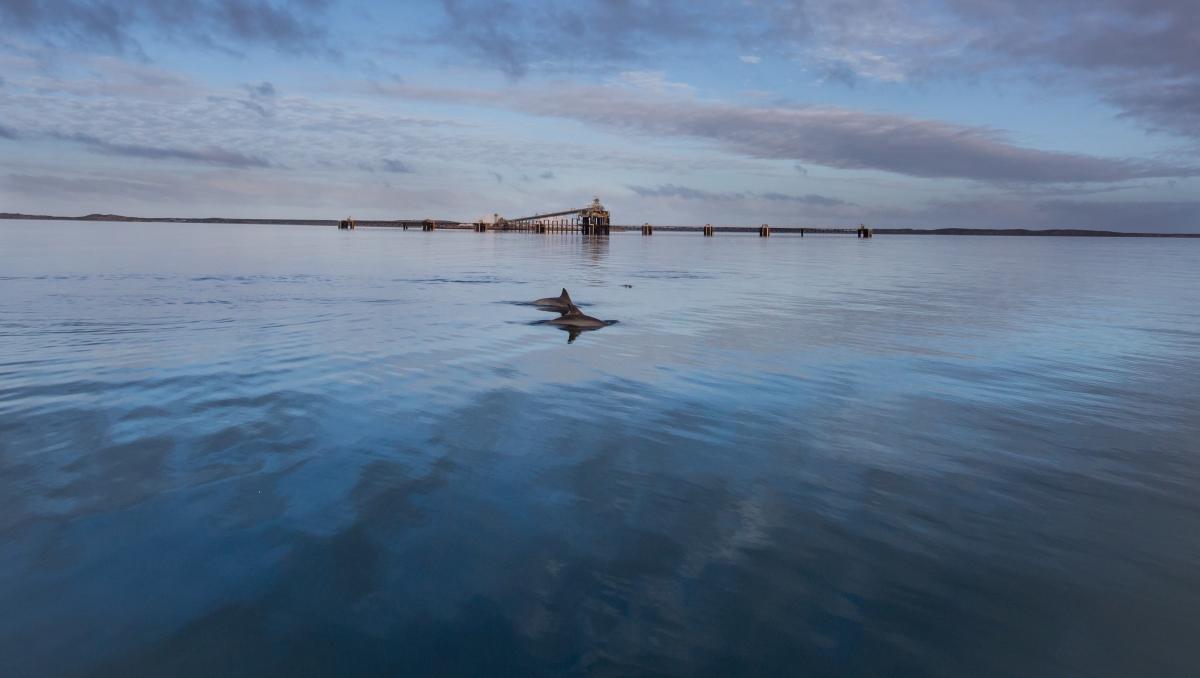