The laws of quantum physics are not only extraordinary – they also offer some far-reaching and unique possibilities for advanced information processing, quantum computing and cryptography. So far, the basic building blocks for such quantum operations are electric circuitry in form of superconducting resonators, light in form of photons or atoms in form of ion chains. However, all these quantum systems have their drawbacks, and scientists are therefore continuously searching for useful alternatives.

In their recent publication in Physical Review Research, scientists from the Department of Physics at the University of Konstanz have found a way to modulate a free electron in vacuum into a so-called two-level quantum bit. Quantum bits - qubits for short - are systems that can assume two clearly distinguishable, physically measurable states, just like classical bits (1 and 0), but whose correct description is only possible through quantum mechanics. Such qubits are the building blocks of information processing in quantum computers.

The physical background
To generate their qubits from free electrons, the researchers use the electron beam of a transmission electron microscope as an electron source and intersect it with the electric field of classical laser light. In the oscillations of the light wave, the beam electrons are periodically accelerated and decelerated in very rapid succession. "This rapid interaction between the electron beam and the optical cycles of the laser light results in a periodic modulation of the electron energy into discrete, well-defined energy levels”, explains Professor Peter Baum, the leader of the research team, continuing: 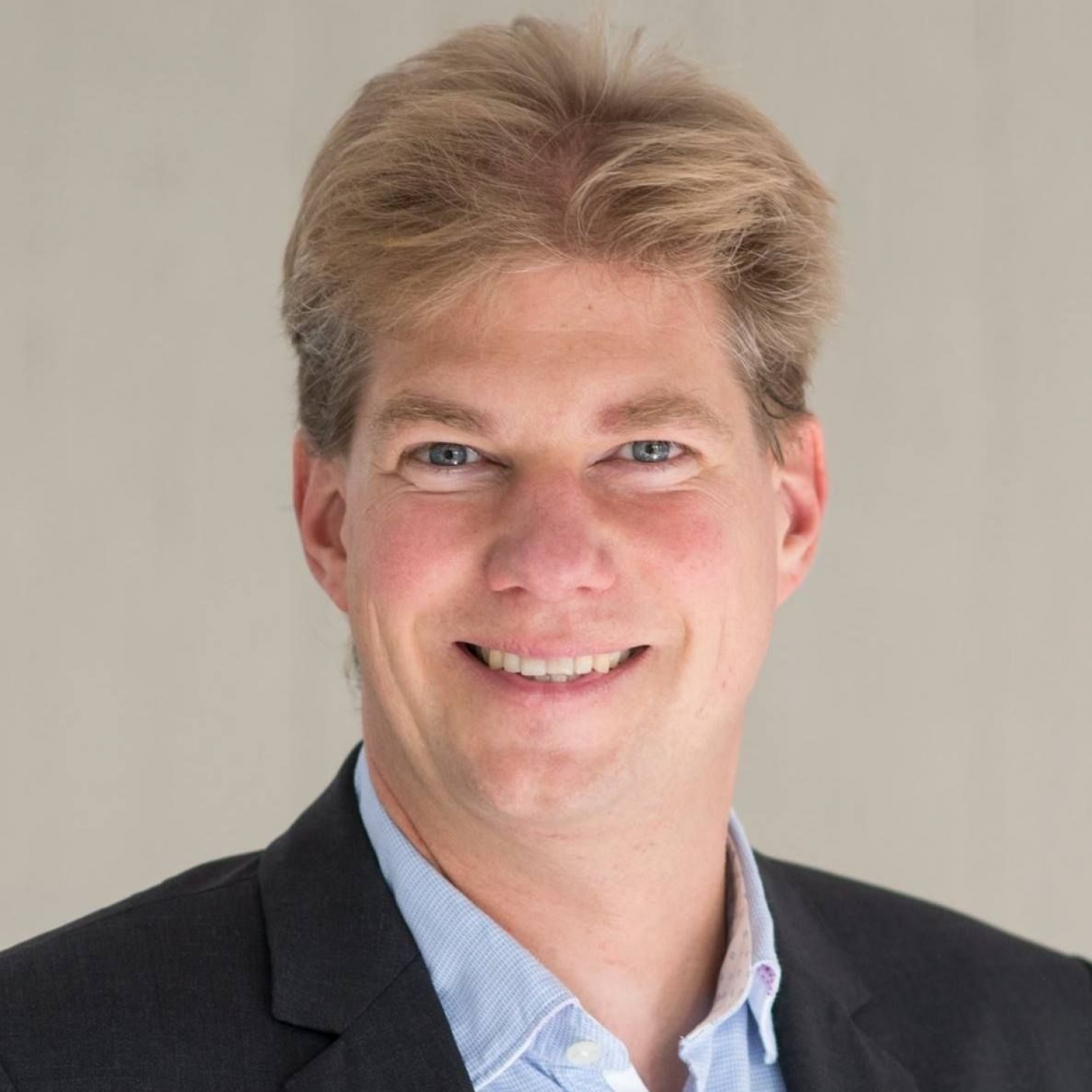 “We use this quantization, which can be detected with our instruments, as a resource for the formation of qubits."

For a more detailed description of the modulation of electrons into qubits, read the information box "Details on the physics of the qubits" at the bottom of this page.#

Attosecond electron microscopy
Interestingly, the intersection of electron and laser beam in the experiment does not only lead to the described phenomena in the energy domain, which are relevant for qubit generation. With the right choice of laser parameters, additional useful phenomena arise in the time domain: the electron beam converts into a sequence of extremely short electron pulses with durations in the attosecond range.

"This corresponds to the millionth of a billionth part of a second and even light covers only the size of a bigger molecule in such a time span", says Peter Baum, illustrating these numbers. Such extremely short electron pulses are useful for ultrafast electron microscopy of complex light-matter interactions, where they enable maximum temporal resolution in addition to an enormous spatial resolution at an atomic level.

Qubits in “mass production”
Another practical feature of the qubits and attosecond electron pulses in the experiment is their high production rate: about one billion qubits or electron pulses are generated per second. This high flux is achieved by using a continuous, non-pulsed electron source and a continuous, non-pulsed laser beam. In this way, almost every free electron in the electron beam is modulated, and qubit production is only limited by the performance limit of modern high-energy electron sources.

However, this is not the only reason why laser-shaped free electrons and qubits are an interesting and practical object for further investigations. “In the vacuum of free space, an electron as an elementary particle does not interact with any material. The so-called decoherence – the loss of information to the environment – is therefore rather slow”, adds Peter Baum. “In addition, the laser-optical control of electron beams is versatile and can be quickly switched.” Free-electron qubits under laser control could therefore play an important role in the future for both fundamental research and applications in quantum information.

Details on the physics of the qubits

When looked at closely, the free electrons from the electron beam used in the experiment are not point particles, but rather wave functions with a finite coherence length that covers multiple light oscillations of the laser beam used. If so, the same final energy is generated coherently by adjacent optical field cycles at multiple instances in time. Consequently, matter-wave interferences create a periodic modulation of the energy spectrum into discrete energy sidebands, which the researchers use as a resource for a two-level quantum system. Quantum operations are performed by simple free-space propagation, where different sidebands acquire nonlinear matter-wave phases due to the rest mass of the electrons, followed by a second laser interaction and sideband generation some centimetres later in the beam. In this way, the researchers can reach almost any point on the Bloch sphere, i.e. the "coordinate system" in which qubit states are geometrically represented as points on the surface of a unit sphere. 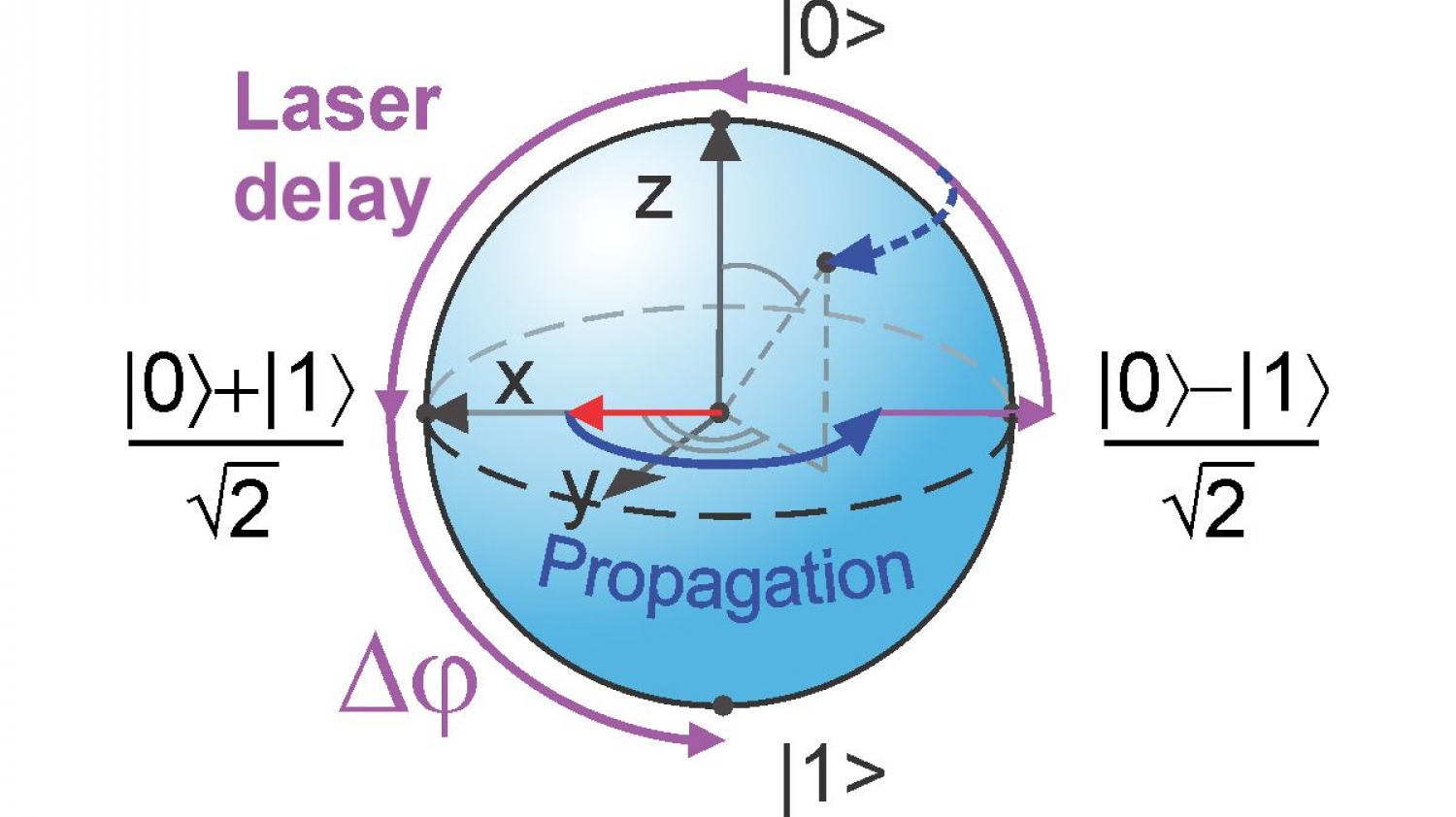 Representation of the qubits on the Bloch sphere.