It has been an exciting first year since the Collaborative Research Centre "Fluctuations and Nonlinearities in Classical and Quantum Matter beyond Equilibrium" has been launched to explore one of the fundamental characteristics of the world around us – noise.

A Collaborative Research Centre (CRC) opens up exceptional opportunities for researchers. Professor Wolfgang Belzig describes it this way: "The collaborative moment is making the difference. We foster an extensive exchange on scientific ideas, which is fueled by the broad range of research fields, complementing methods and disciplines contributed by our principal investigators. As a research team, we can accomplish more than each of us can do individually." A glance back in history of Collaborative Research Centres shows that the Department of Physics is probably the record-holder at the University of Konstanz. In November 2020, the department was awarded funding by the German Research Foundation (DFG) for SFB 1432 – the fourth CRC in succession.

Remarkably, the funding of the current CRC was approved almost like requested. In addition, another research project was granted just recently, submitted by an early career researcher who just joined the department. For all researchers four years of funding lay ahead, allowing to immerse intensively into the subject matter. There is also the possibility of two four-year extensions afterwards. Wolfgang Belzig, speaker for SFB 1432, says, "Every colleague in our department appreciates the importance having such a Collaborative Research Centre". 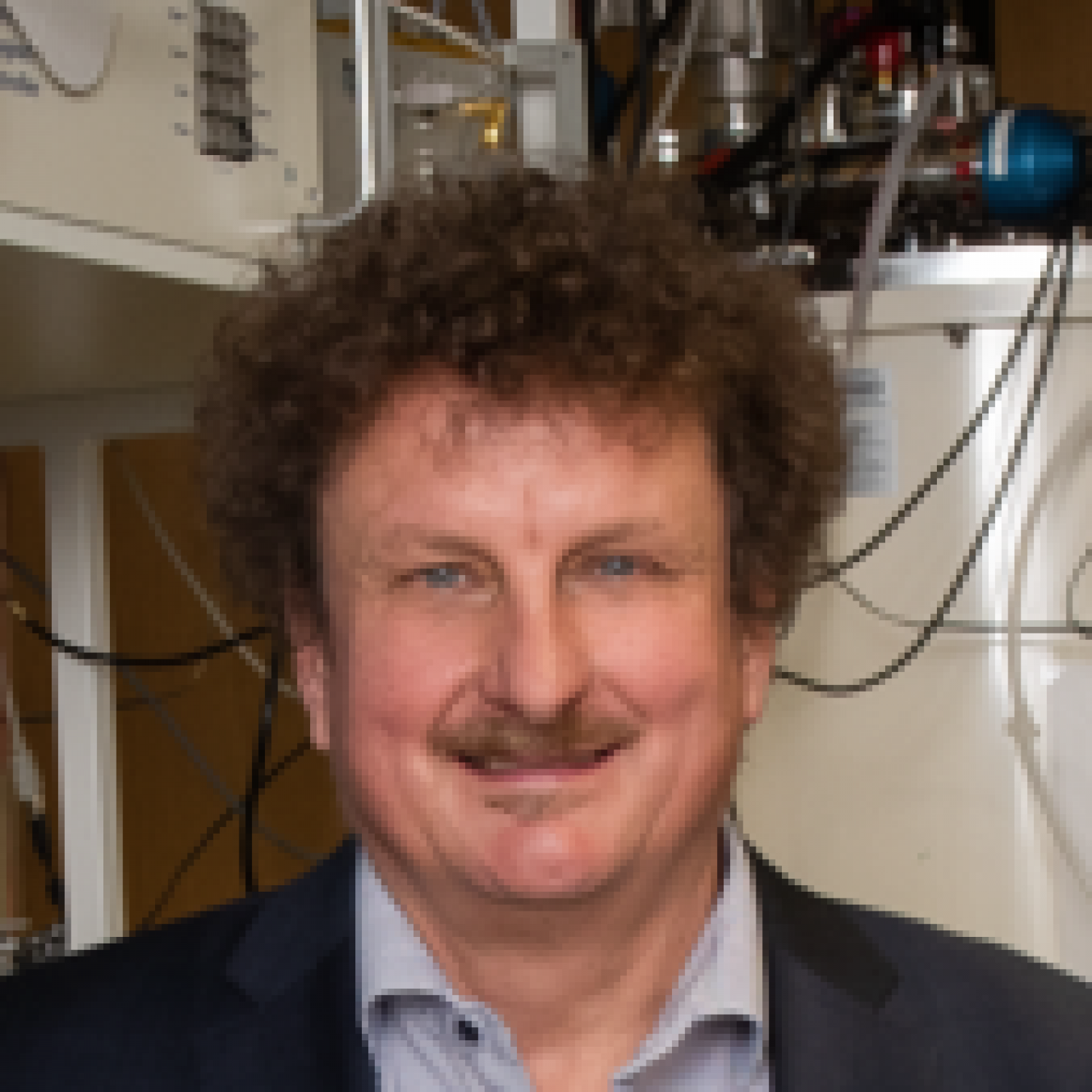 "As a research team, we can accomplish more than each of us can do individually."

Professor Wolfgang Belzig . He is spokesperson for SFB 1432. He leads the research team Quantum Transport Theory.

Fluctuations matter in every experiment

The topic of the CRC developed from topical research in the Department of Physics. But the physical phenomenon of fluctuations plays a role in basically all natural sciences, in every single measurement. At first glance, it might be considered as disturbing effect if a measurement signal is "noisy" due to fluctuations. But this is where exciting physics comes into play . SFB 1432 sheds the spotlight on the physics of fluctuations and thereby opens up a new dimension: "We explore fluctuating properties in systems that are not in equilibrium but develop dynamically," summarizes Professor Alfred Leitenstorfer, vice spokesperson of the CRC.
"Fluctuations are an ubiquitous property of the world around us," says the experimental physicist. The macroscopic world is full of them: For example, if we listen to the sound of a fan, we recognise a noise. It is generated by the fluctuations of the airflow and typically we consider it annoying. However, such dynamic changes are not relevant for the function of the fan. In the microscopic quantum world, the situation is rather different: Fluctuations are its essence. In quantum physics, it is not possible to predict whether an individual event will take place or not – only whether it might occur. It is this probability which is measured on average over a very large number of events. And what is perceived macroscopically. The classical macroscopic world is, so to speak, the mean value of the microscopic fluctuations of the quantum world.
However, recording and analyzing fluctuations quantitatively is much more challenging than measuring mean values. This also holds for theoretical and mathematical models. "We seek for new methods in theory to describe fluctuations outside of equilibrium," says Wolfgang Belzig.

Each doctoral researcher funded by the CRC contributes with an individual research project and thus plays a decisive role for realizing the overall scientific goals. Wolfgang Belzig: "We tackle exciting research questions and thus provide an excellent platform for young researchers to challenge themselves - no matter whether they will start their careers in science or, like the majority of them, will get excellent jobs in industry." 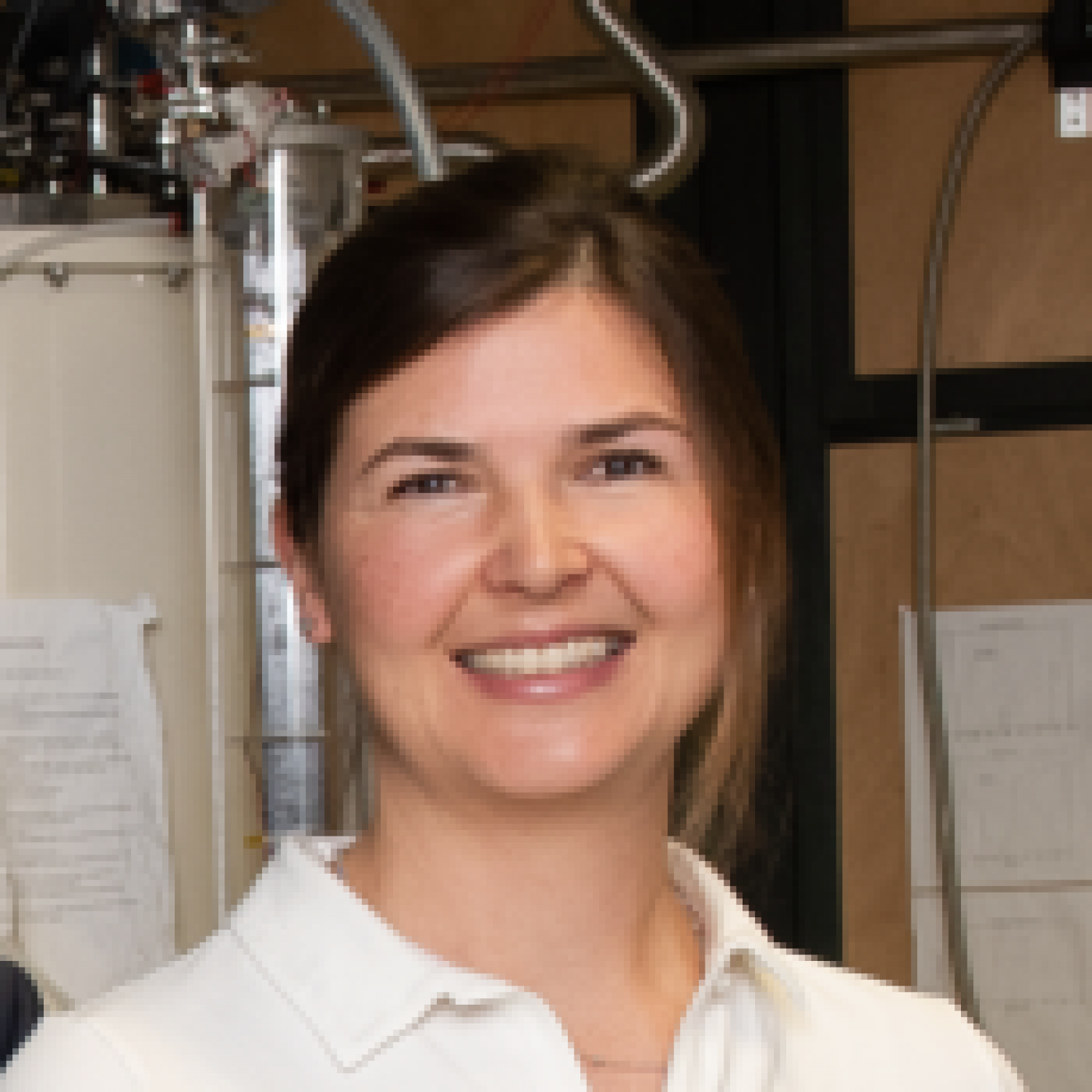 "The doctoral researchers are particularly valuable for the CRC. Their work put our research ideas into practice,"

Professor Martina Müller. She is spokesperson for the graduate school Integrated Research Training Group Fluctuations and Nonlinearities (IRTG FaN) of SFB 1432. She leads the research team Physics of Complex Materials.

"The doctoral researchers are particularly valuable for the CRC. Their work put our research ideas into practice," says Professor Martina Müller, who contributes her expertise on magnetic materials to the CRC. The experimental physicist is also the spokesperson for the graduate school integrated into the Collaborative Research Centre. "It is indeed a very pleasant task to take care of their training," says Müller, emphasizing the importance of a supportive environment.

The graduate school has three pillars: Firstly, teaching the scientific way of thinking, discussing and working. Secondly, training soft skills such as presenting, scientific writing and presenting science to various audiences. And finally, the personal development of the early-career researchers is an important aspect of the graduate school, too. Alfred Leitenstorfer: "A matured personality promoted by the graduate school is the best we can give back to society."

The doctoral researchers learn to support each other with their knowledge of subject matters and methodology. They are given financial means to test their own research ideas. Also, they are encouraged to take responsibility for the content and organization of scientific workshops and mini-symposia. Plus, they get support in dealing with all the ups and downs that may develop during a PhD’s life. "Every graduate student develops personally from the start of a doctoral thesis until graduation ", says Martina Müller.

The three researchers cannot promise that scientific achievements of the Collaborative Research Centre might result in industrial applications. It is, however much more important to them that DFG/society has and maintains confidence in fundamental science. They are convinced: The past has shown many times that discoveries and findings can impact research far beyond its original field. And developments in current quantum technology impressively prove that "crazy ideas" in basic science can initiate great progress in the field of application.

For example, it is now possible to produce two needles whose tips are pointed such that their ends consist of only a single atom and, most stunningly, are only about one atom apart. Nothing happens in the state of equilibrium. However, if you apply electrical voltage to the needles, they get unbalanced.  Only then it becomes possible for electrons to pass from one tip to the other, but it is left to chance when such transitions occur.

To investigate the fluctuating quantum nature of this process, voltage is limited to an ultra-short period of time - a quadrillionth of a second. Such short voltage pulses can only be applied optically. Alfred Leitenstorfer's group is able to form light pulses that consist of only a single light oscillation. This makes it possible to excite elementary quantum processes. "If we only measured the average current, we would not know whether one electron was exchanged or sometimes none, or sometimes two, etc.", Alfred Leitenstorfer explains.

Synergy between experimental- and theoretical physics

In everyday academic life, a scientific cooperation between experimental- and theoretical physicists means that they constantly need to examine and adjust their findings originating from different approaches. A collaborative research network supports such exchange particularly well. A few years ago, Wolfgang Belzig's working group predicted the phenomenon of squeezed magnons. Magnons are the elementary quantum particles that give materials their magnetic properties. Squeezing them means minimizing the quantum mechanical fluctuations of one of their properties in order to be able to determine this property particularly precisely.

However, in doing so, another property becomes all the less precisely determinable – a manifestation of Heisenberg's Uncertainty Principle. You can imagine a rubber ball that you squeeze in one direction and then it extends into the other.

Within the framework of the CRC, squeezed magnons are now to be generated and detected experimentally. Wolfgang Belzig hopes that this will lead to new insights, which in turn will make it necessary to adapt the theory: "We are further developing mathematical methods to describe complex real systems, i.e. mechanical, electro-optical or magnetic."

The exchange between theory and experiment is a naturally evolving scientific culture in the graduate school. "Those who have completed the graduate school have learned to talk to each other. They hear about results in presentations from other groups within the CRC, learn to scrutinise claims and consequently realize that there are always two sides to the coin," says Martina Müller. 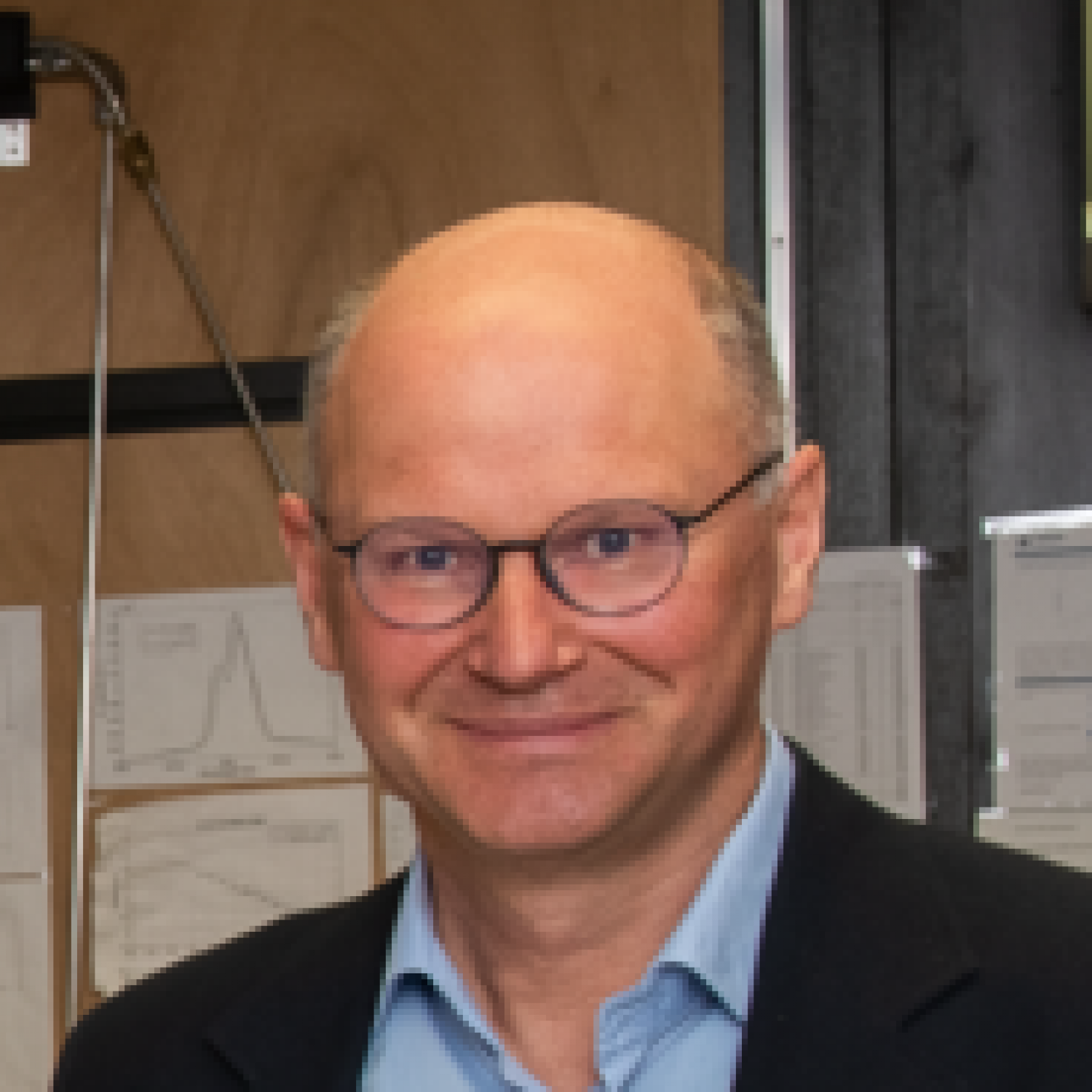 "A matured personality promoted by the graduate school is the best we can give back to society."

Professor Alfred Leitenstorfer. He is vice spokesperson for SFB 1432. He leads the research team Ultrafast Phenomena and Photonics.

Better research performance as a team

The graduate school helps doctoral researchers to stand on their own feet. They are involved in everyday scientific life, give presentations in colloquia, are part of discussion groups and exchange ideas with experienced scientists as well as their peers. The newly established "pizza lunch seminar" was well-received already during corona lockdown, but "has proven to be a highlight in real life."

A doctoral researchers' retreat played a particularly important role to connect the young scientists. In addition to reflecting how the members of the graduate school are contributing with their individual projects to the scientific goals of the CRC, they also addressed network-related questions such as: Where might I need help, and where can I support others? Martina Müller: "In the end, everyone was enthusiastic because we combined subject-related content with team-building measures. This also is essential for the CRC to work effectively on an everyday level. And certainly it is the basis for excellent research results." 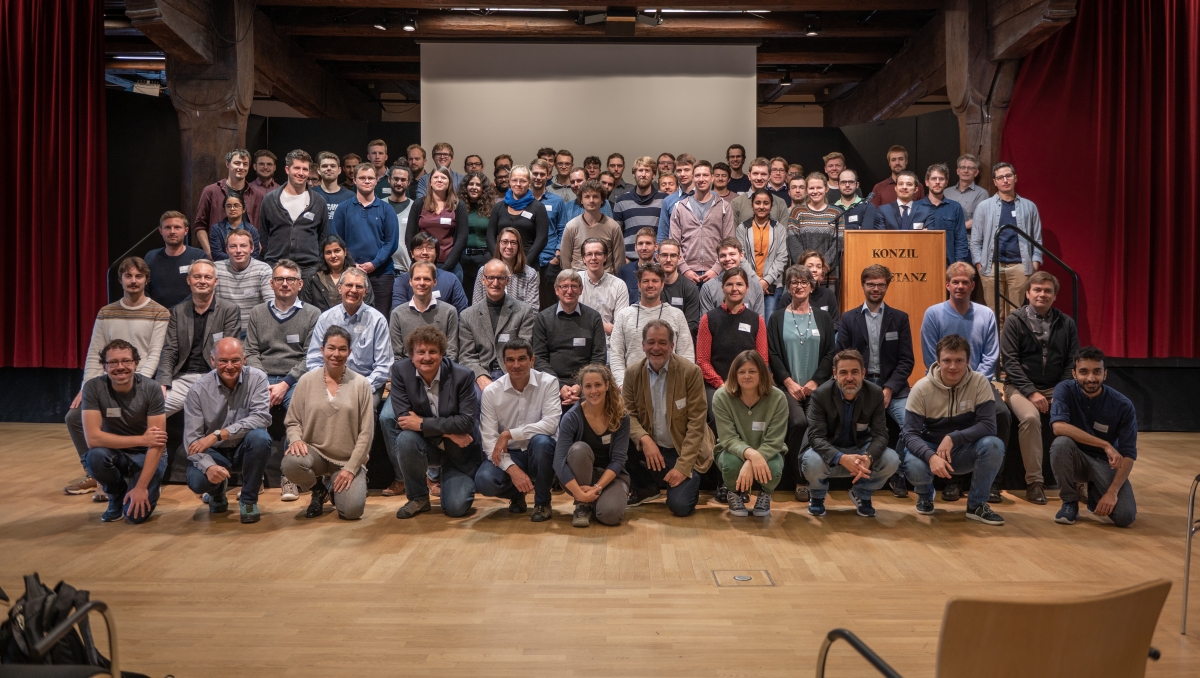 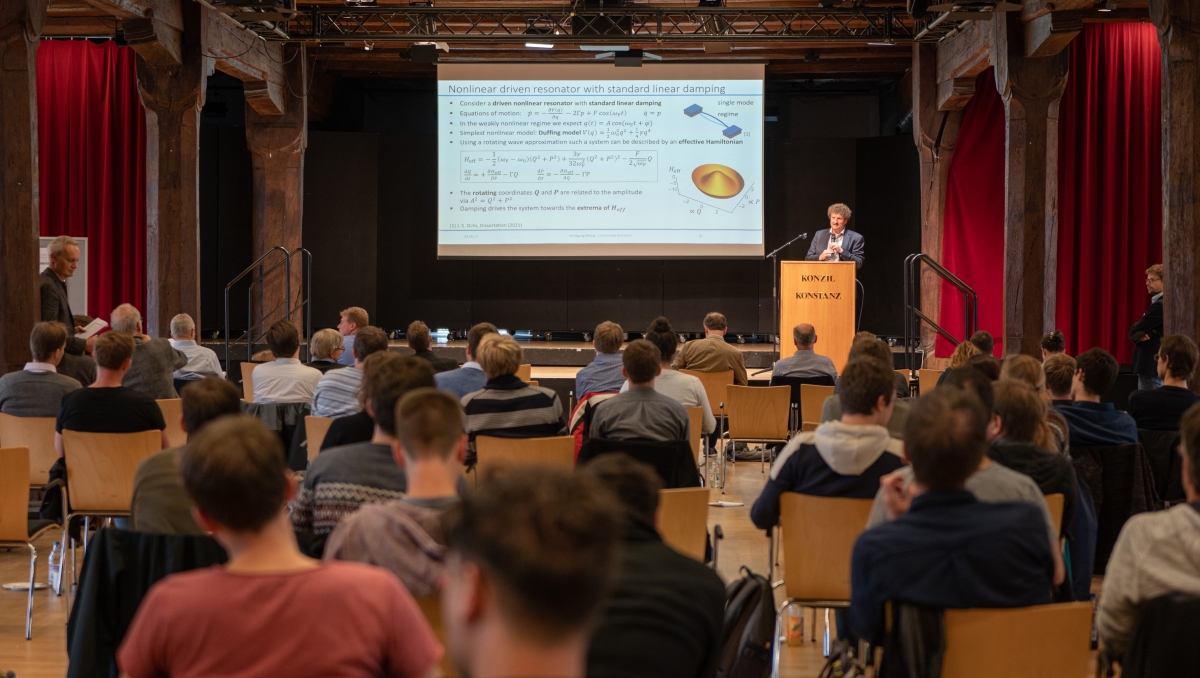 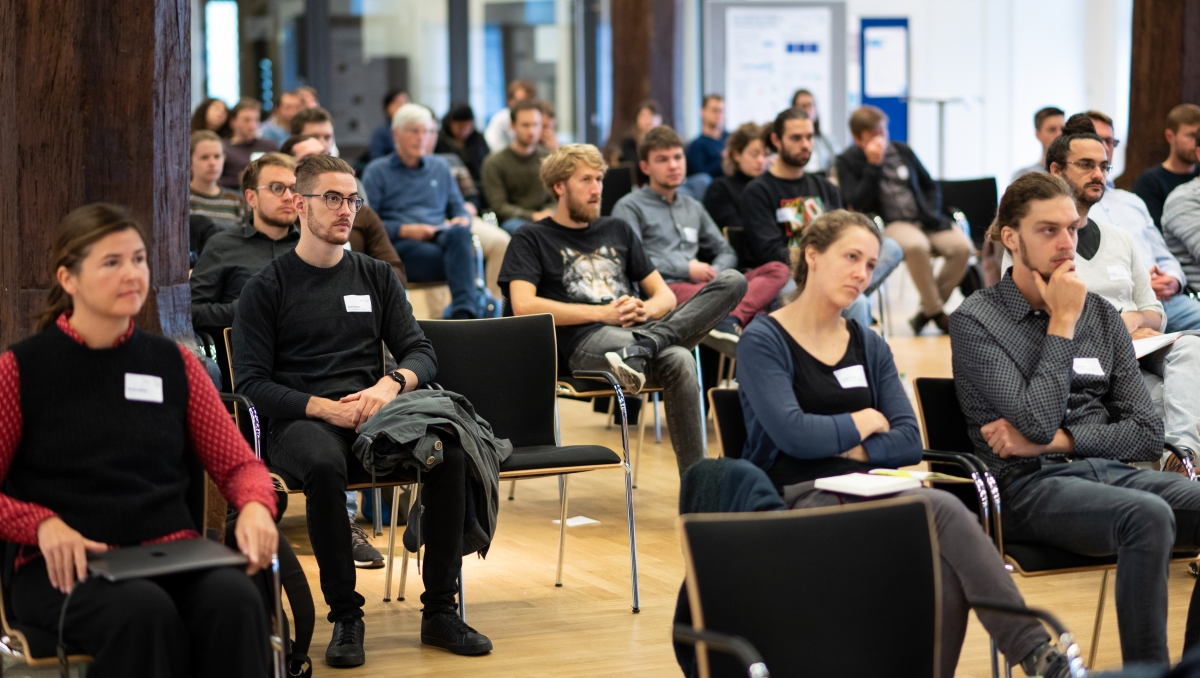 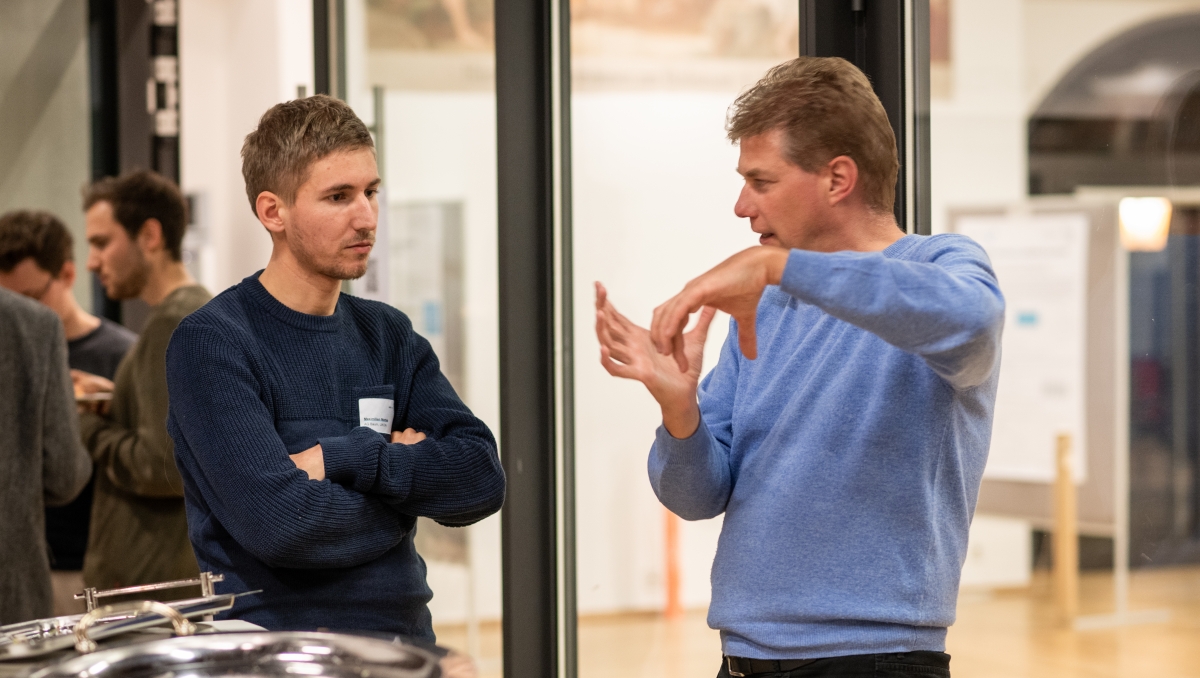 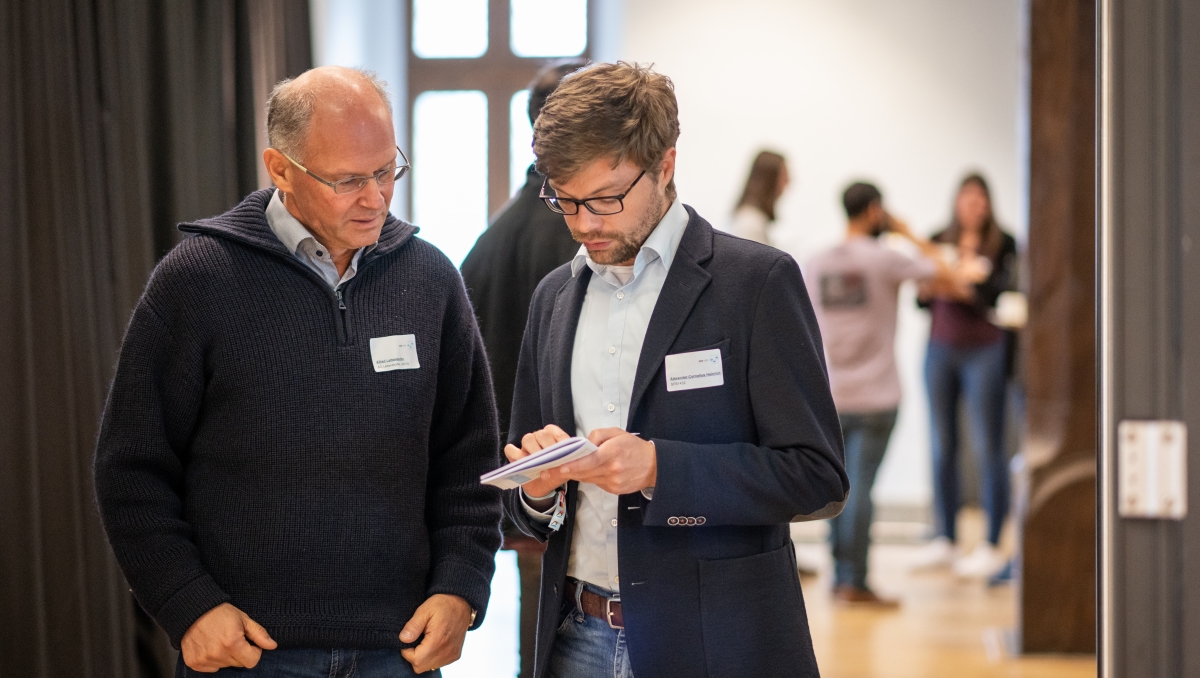 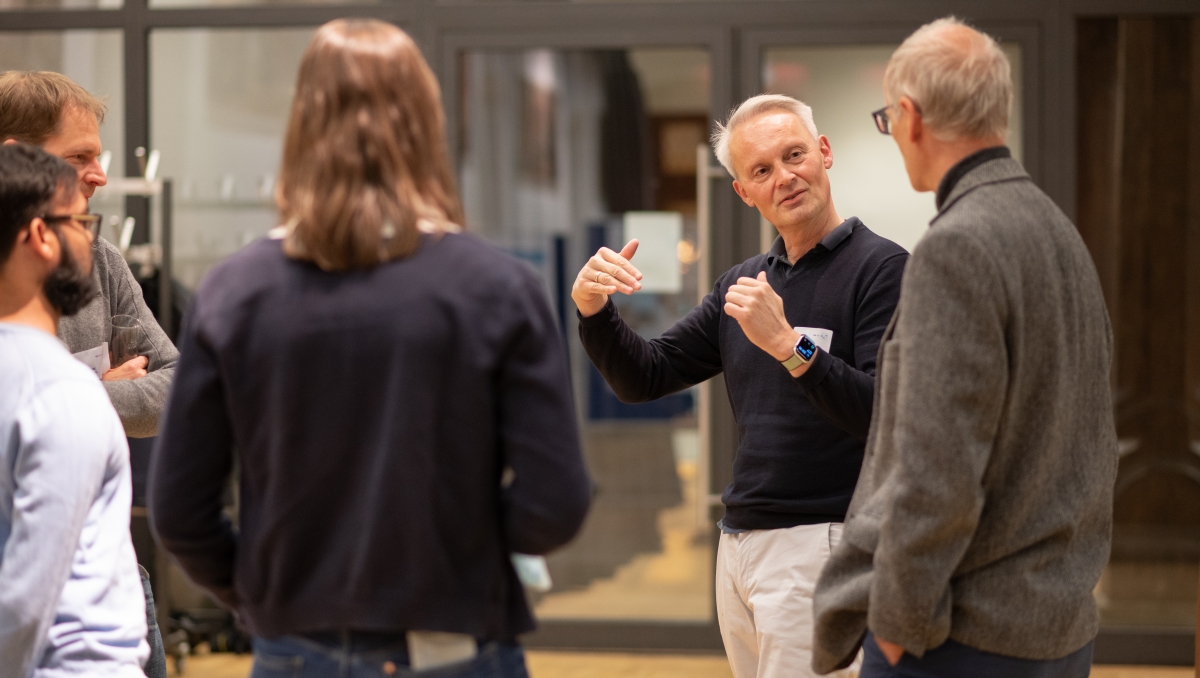