Bumblebee colonies exposed to glyphosate are significantly affected in times of resource scarcity. Dr Anja Weidenmüller, biologist at the Centre for the Advanced Study of Collective Behaviour at the University of Konstanz, describes this finding in a study published in the journal Science.

The decline of insects, and in particular pollinating insects, threatens ecosystems and economies around the world. The dimensions are staggering: Between 1989 and 2016, the biomass of all flying insects in Germany decreased by 76 per cent, according to the Krefeld study (2017). The ever-increasing use of pesticides in agriculture is considered a driver of this phenomenon. The world's most widely used herbicide glyphosate may contribute more to this development than was previously known, according to a new study by researcher Dr Anja Weidenmüller from the Cluster of Excellence "Centre for the Advanced Study of Collective Behaviour" at the University of Konstanz (DATE Science study).

The biologist is studying the ability of bumblebee colonies to regulate the temperature of their brood. Bumblebee colonies that have sufficient nectar available as 'fuel' keep their broods at a constant temperature of about 32 degrees. "Just as we humans keep our body temperature constant, the animals in a colony collectively show homeostasis in the temperature regulation of their brood," says Weidenmüller. This joint thermoregulation is of outstanding importance for colony development. Only at such high temperatures does the brood develop quickly from egg to bumblebee and the colony from a single queen to a colony of several hundred individuals. The current study shows a clear impact of glyphosate on the collective thermoregulatory capacity of bumblebee colonies. 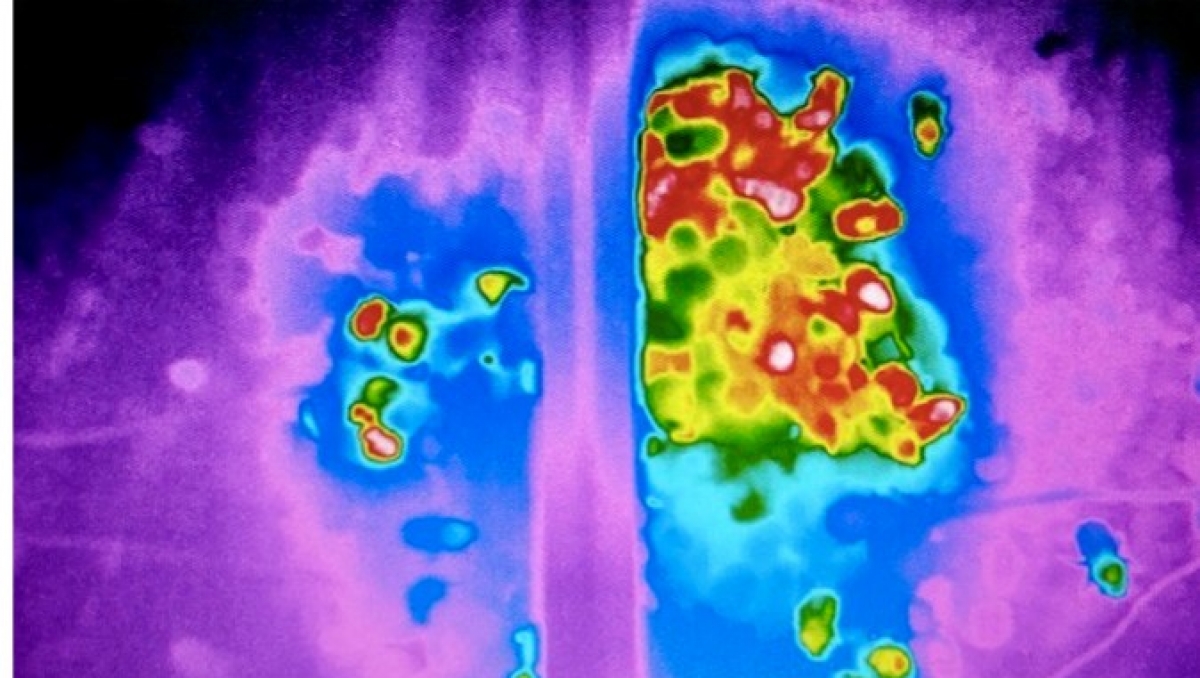 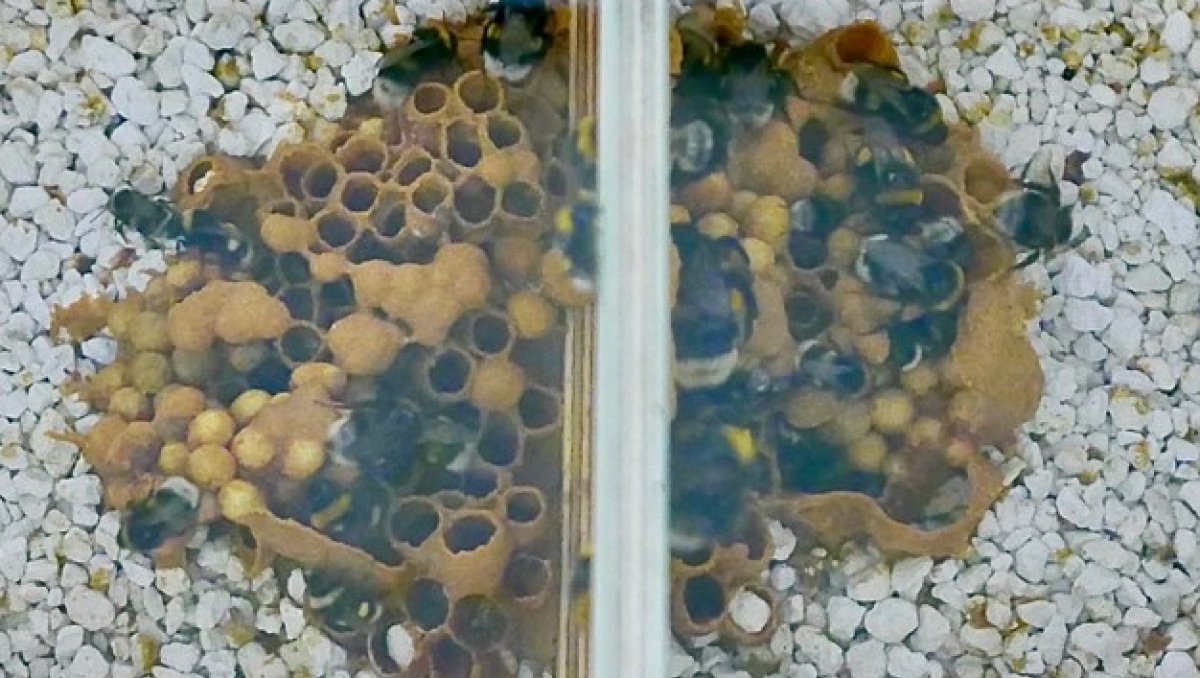 Time pressure for bumblebee colonies when resources are scarce

"When resources become scarce, you see very clearly that the collective thermal behaviour of colonies that have been chronically exposed to glyphosate is affected," says Weidenmüller. "They cannot keep their brood warm for as long." This effect is the main result of her study, which she conducted together with four researchers from the University of Konstanz, the Max Planck Institute of Animal Behavior in Konstanz and the University of Otago, Dunedin, New Zealand. "Bumblebee colonies are under really high pressure to grow as quickly as possible within a short period of time," says Weidenmüller. If they cannot maintain the necessary brood temperature, their brood will develop more slowly or not at all. This limits the growth of the colony. "Only when they reach a certain colony size during the relatively short growth period are they able to produce the sexually reproductive individuals of a colony, i.e. queens and drones."

Rethinking the approval procedure for pesticides

"It's worth taking a closer look," Weidenmüller emphasises. So far, approval procedures only test how many animals have died after being fed or coming into contact with a substance after 24 or 48 hours. "Sublethal effects, i.e. effects on organisms that are not lethal but can be seen, for example, in the animals' physiology or behaviour, can have a significant negative impact and should be taken into account when pesticides are approved in future," she says. In her study, the bumblebees exposed to glyphosate also lived an average of 32 days, thus reaching an average bumblebee age. 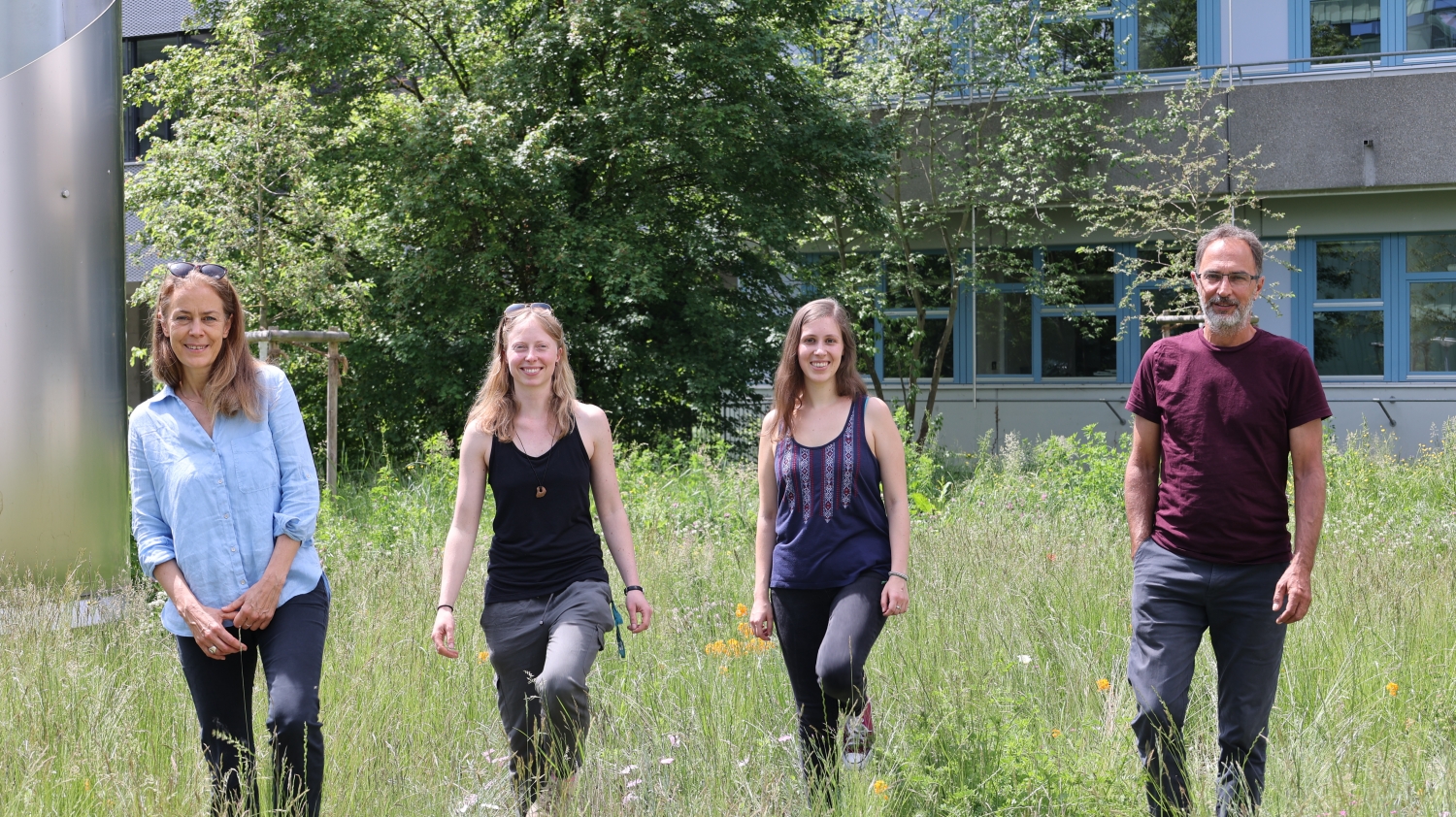 The study was funded by the Cluster of Excellence "Centre of the Advanced Study of Collective Behaviour".
Involved in the study were Anja Weidenmüller, Andrea Meltzer, Alica Schwarz, Professor Christoph Kleineidam and Dr Stefanie Neupert (not in the photo).

Glyphosate is currently approved for use in the EU until 15 December 2022, according to information from the European Food Safety Authority (EFSA). The Glyphosate Renewal Group (GRG) applied for renewal in 2019.

In principle, Weidenmüller's research approach can be applied to all pesticides. For many of the commonly used pesticides, such as other herbicides and fungicides, we still know next to nothing about their effects on wild bees and other pollinators, she says. In our discussion of future agricultural approaches, test procedures used for assessing the risks involved with our heavy use of chemicals should be reconsidered.