Group size and makeup affect how social birds move together

Scientists from the University of Konstanz and co-located Max Planck Institute of Animal Behavior have used high-resolution GPS tracking methods to provide new insights into how differently sized animal groups move and interact with their environment.

The size and makeup of groups of social birds can predict how efficiently they use and move through their habitat, according to new findings by Konstanz collective behaviour researchers. The study, published in the journal eLife, suggests that intermediate-sized groups of vulturine guineafowl – a ground-dwelling social bird found in east African savannahs – exhibit the most effective balance between a decreased ability to coordinate movements and increased accuracy of navigation.

These findings add to our understanding of a key question in animal sociality – namely, whether groups have an optimal size – by showing that the number of individuals in a group determines the ability of that group to make the most effective use of their environment. “For many social animals, larger groups benefit from information pooling, where inputs from multiple individuals allow for more accurate decisions about navigation,” explains first author Danai Papageorgiou, IMPRS Doctoral Student at the Department of Collective Behaviour, Max Planck Institute of Animal Behavior, and at the Cluster of Excellence ‘Centre for the Advanced Study of Collective Behaviour’, University of Konstanz, Germany. “However, as groups become larger they start to face challenges in coordinating their actions, such as reaching a consensus about where to go next or maintaining cohesion as they move through vegetation.” 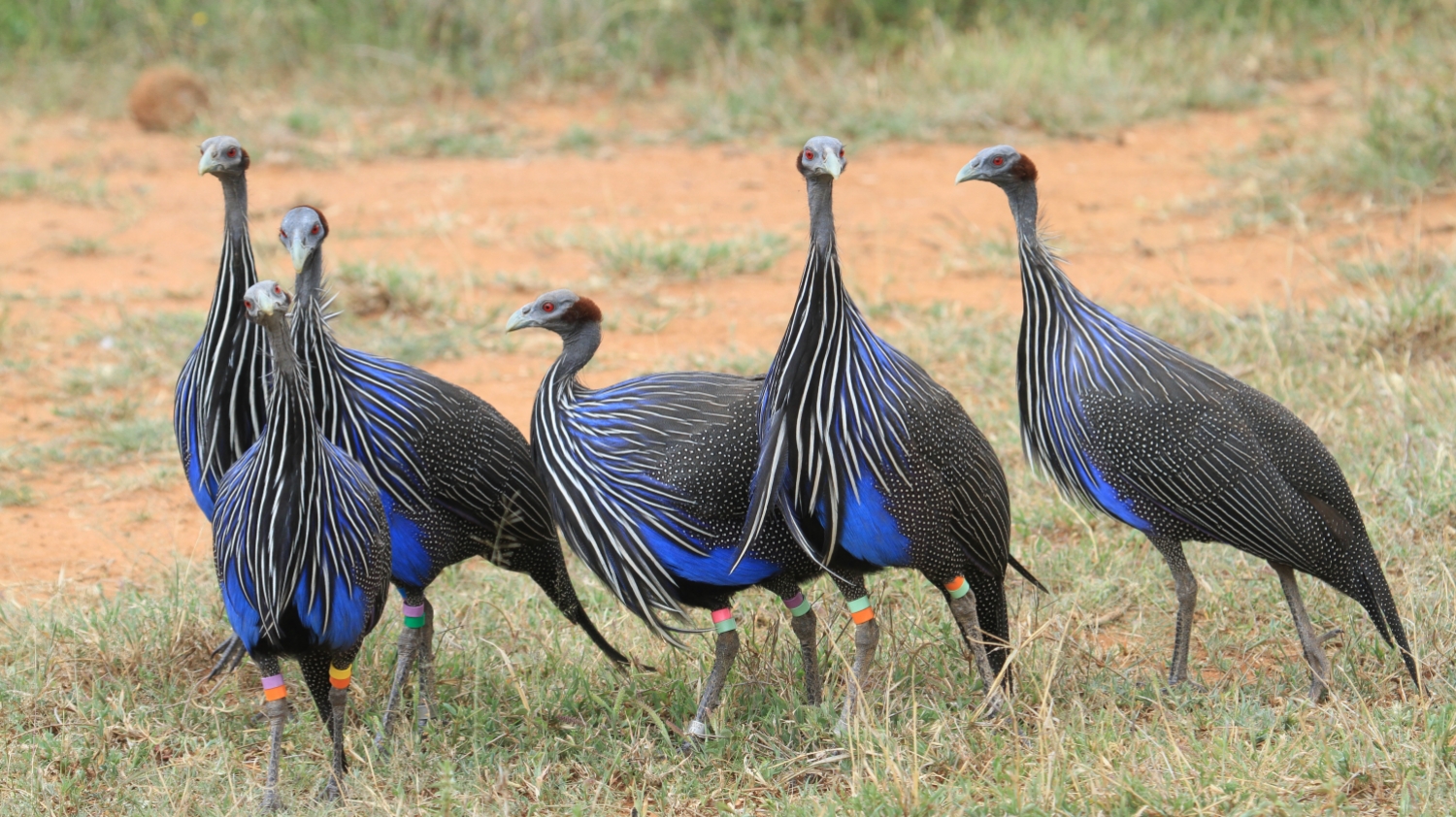 Balance between coordination and navigation skills
Papageorgiou and her PhD advisor, Professor Damien Farine, investigated the relationship between the size and collective movement of groups of vulturine guineafowl. They predicted that the optimal group size of these birds would be determined by the balance between their ability to coordinate movement and their ability to make accurate decisions when navigating.

The team fitted individual birds from 21 distinct social groups with GPS tags and collected movement data over five two-month-long seasons. They used these data to calculate the groups’ habitat use, including their home-range size, the distance that they travelled each day and their movement speed while ‘on the go’. By observing the groups each week, they could also measure the size of each group and record their makeup. Specifically, they recorded the number of chicks in each group, as they predicted that the birds' movement abilities may be restricted when there are more chicks because they are slower and much more vulnerable to predators.

However, the study also found interesting consequences of having a beneficial group size for movements. Groups with many chicks, despite being the optimal size, had more restricted home ranges. This was likely because the chicks needed more protection from predators, and therefore stayed in the protected vegetation for longer periods of time, and their small sizes slowed down the group while moving. 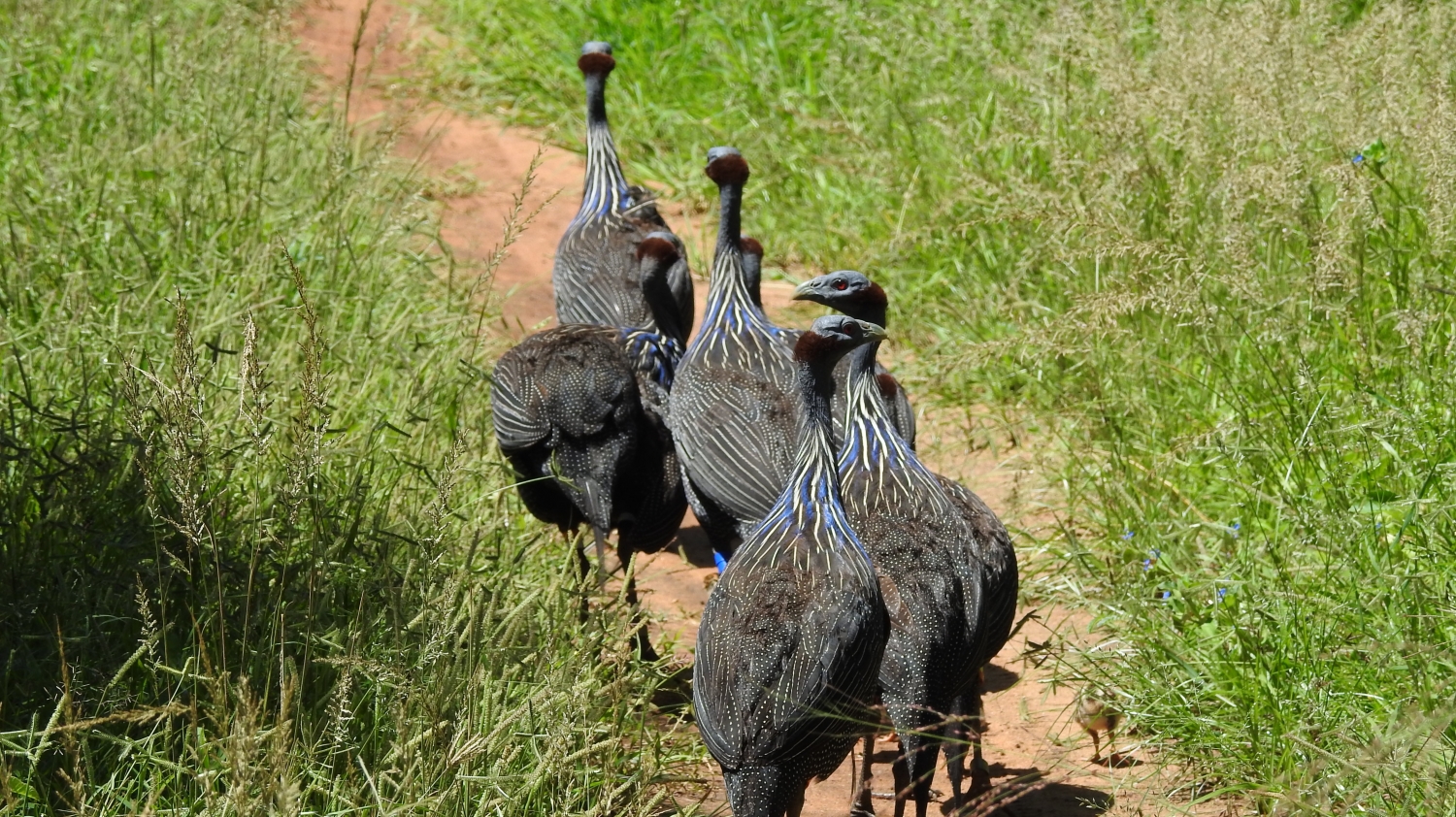 As a result, the study showed that intermediate-sized groups were in fact rarer than smaller and larger groups. Papageorgiou and Farine suggest this is because the benefits of being in an optimal-sized group makes the size of these groups less stable. For example, higher reproductive success inevitably pushes the group past its optimal group size.

“Our study highlights how all groups are not equal, with the effects of group size and composition playing a major role in shaping how social species use their habitat,” Farine says. “What is particularly interesting is that optimally sized groups are not expected to be common. Future studies should investigate whether these relationships change across different environmental conditions, and how animal groups cope with the different challenges that each season brings.”