Why bad bosses can be lonely at the top

Scientists taught groups of fish to solve a task to earn a reward—and in the process shed light on why aggressive leaders might be the least effective members of organisations.

If you’ve worked in an organisation, then chances are you’ve been in this situation: you have a job to finish but you’re stuck on a detail. Maybe you can’t find a function on the Excel spreadsheet…maybe you can’t work the coffee machine. You need help to continue. Do you A) knock on the door of the CEO’s corner office to ask for advice? B) ask Janice in accounting, who’s always been quiet but gives you a smile when you come in? If you answered B, then you’re not alone.

“It’s intuitive that you would avoid asking somebody who is intimidating, especially when given a choice,” says Alex Jordan, Group Leader at the Max Planck Institute of Animal Behavior and Principal Investigator of the Cluster of Excellence ‘Centre of the Advanced Study of Collective Behaviour. “But throughout human history, it is typically the strongest and most aggressive individuals who rise to positions of leadership, even though they often possess negative social traits.”

This then raises a question for work culture. If aggressive individuals are often the most powerful, but we intuitively avoid them, how powerful are they really?

This year, Jordan and colleagues from the Centre for the Advanced Study of Collective Behaviour have given answers to this question with a study that examines the balance between power, dominance, and influence. Their findings, published in the journal PNAS, have uncovered a surprising paradox: the traits that make individuals socially dominant can simultaneously reduce their influence.

“Influence is a complex trait that can be manifested in many ways,” he says. “But the processes by which individuals typically move into places of power, and therefore greatest potential influence, are usually based on dominance traits like aggression. Our study has shown that this process can in fact move the least effective influencers into positions of power.”

With the clear parallels that the study has to our own organisational culture, it would be natural to assume that the research was conducted on human workers in an office. But this discovery was made on individuals existing in a very different society. It was made in the ruthless dog-eat-dog world of an aquarium. 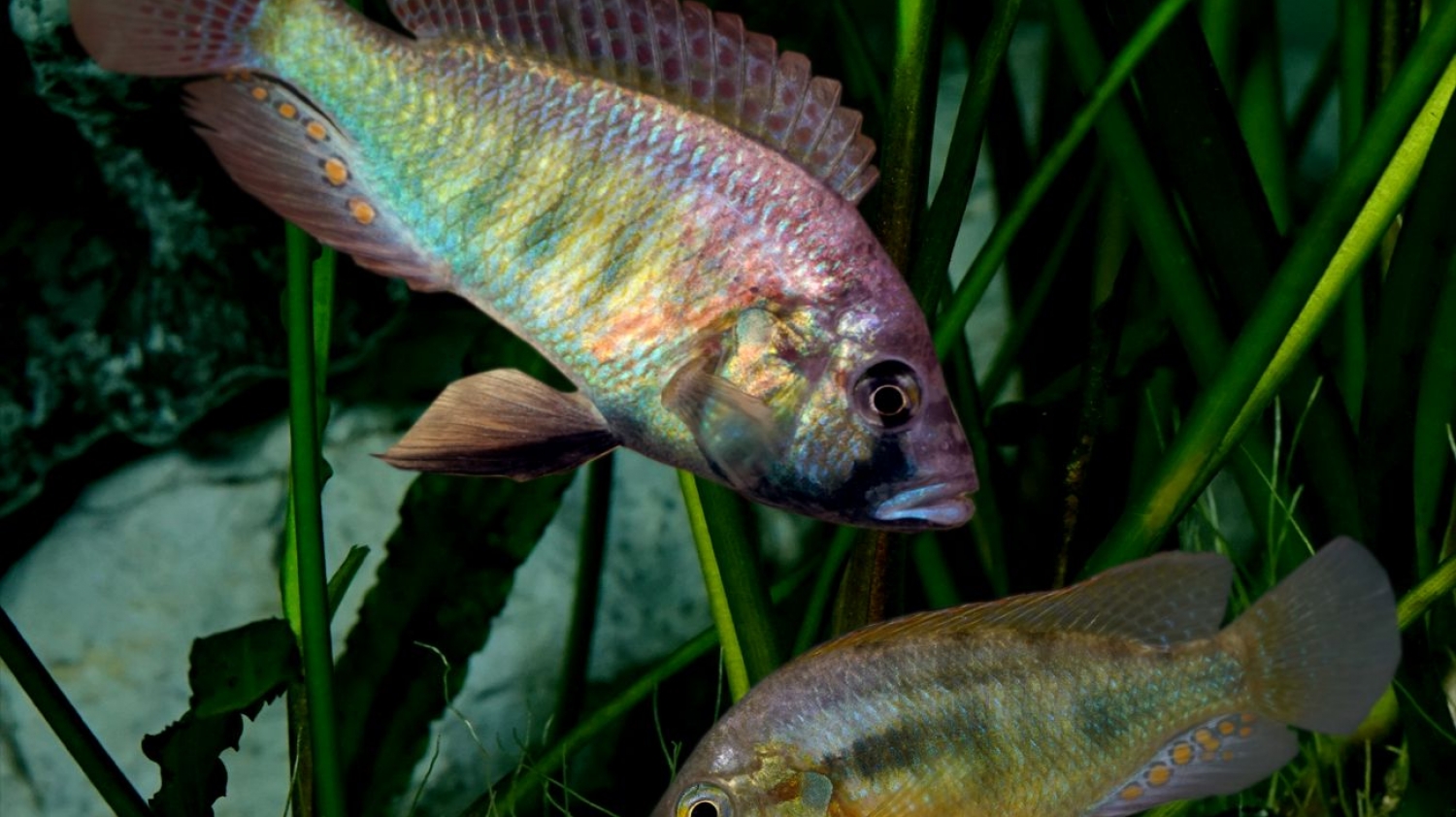 Fish as a metaphor for bad bosses
Jordan is a six foot three Australian who can look at an empty wine bottle and see the beginnings of a miniature aquatic habitat. He’s been keeping fish for so long that he’s lost count of how many aquariums he has cared for. When space runs low, fish tanks routinely start appearing in kitchen cupboards at his home or on his desk at work.

All this time spent staring into the watery world of fish and observing their power struggles has taught him one thing. “Dominant individuals destroy communities,” he says. “If you don’t keep an eye on them, within days they would have killed other fish and taken up a huge territory in the middle of the tank where they have pushed the others into far corners.”

It was very clear to Jordan that dominant individuals can inflict damage on how groups function. This gave him the idea of exploring how information flows in groups that are dominated by aggressive individuals. After all, “effective communication of information is one of the main activities that has to happen in any organisation,” he says.

Jordan wondered, are dominant fish central to the flow of information, or is there something else going on? “Given the choice, few of us would want to associate with a jerk, so I had a hunch that when it comes to learning and information, the role played by dominant fish might shrink in importance,” he says.

Portrait of a dominant fish
For the study, Jordan and the research team chose a species of cichlid fish, Astatotilapia burtoni, that represents a microcosm of what happens in an office led by a toxic boss. This species form groups with strict social hierarchies. Colourful, dominant males control resources, territory, and space, while drab, smaller, subordinate males are kept to the margins. 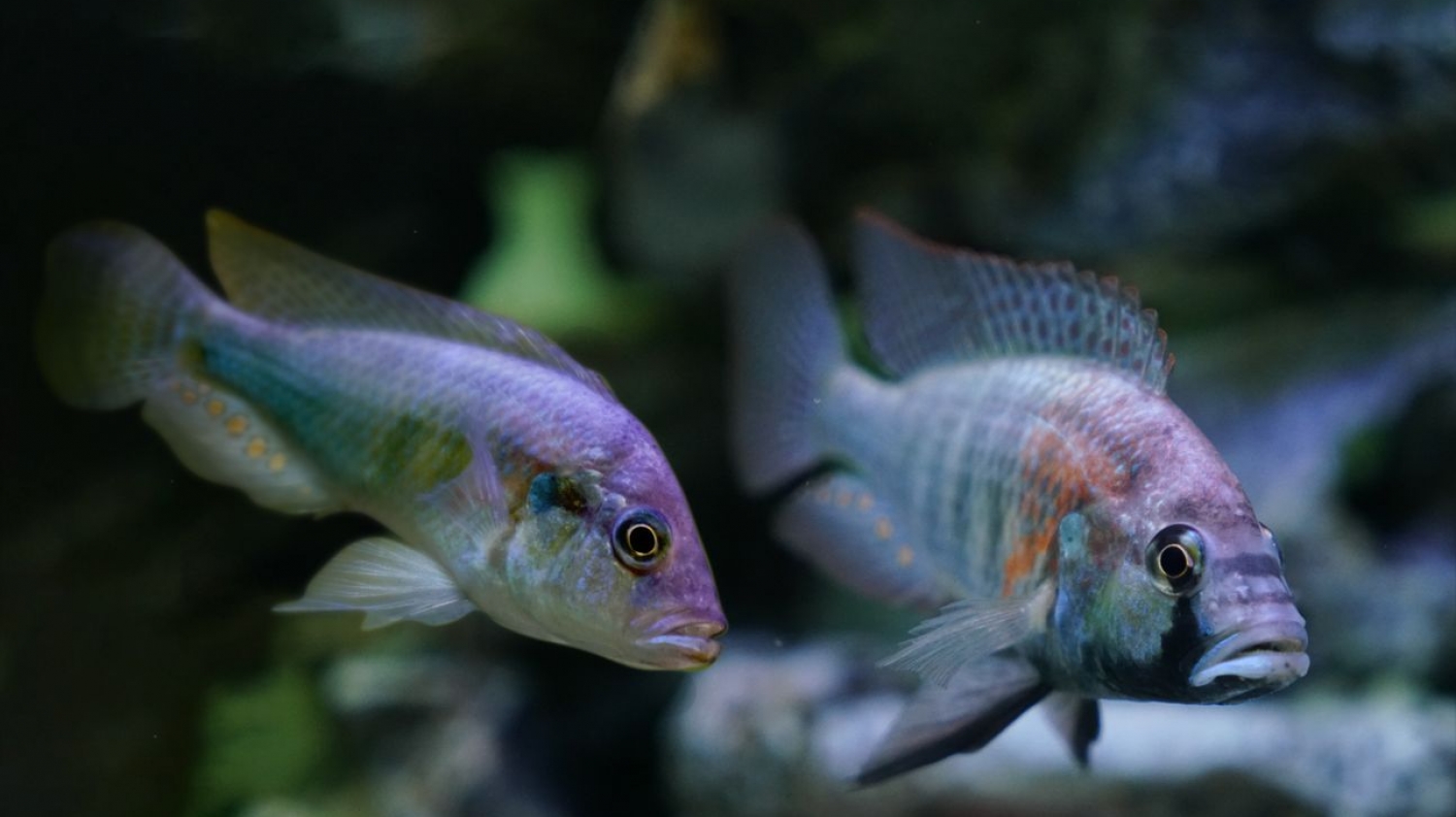 “Simply watching their behaviour, it’s clear that the dominant males chase other fish away,” says Jordan. But what the team wanted to see was invisible to the naked eye. Revealing the flow of information requires laying bare the hidden network of interactions among the fish.

For this, the team turned to machine-learning based animal tracking, employing cutting edge techniques developed in the computer sciences. The software, developed by PhD student Paul Nührenberg with help from the lab of computer graphics expert Oliver Deussen, tracked the motion and interactions of all group members by training artificial neural networks to detect fish.

What they found was that dominant males frequently interacted with others (they were central in behavioural social networks) but they were avoided by others (they occupied peripheral locations in spatial networks). Subordinates, on the other hand, were more spatially connected, meaning they were closer together over longer time periods. “This is similar to how you might go to lunch with a colleague, or spend time talking at the water cooler,” he says.

Jordan had a hunch that these passive connections held by the subordinate males might just carry the most strength in influence networks.

“In these routine situations, dominant males were more influential because they could force fish to move around,” he says. “But what if we released fish from this coercive prison? What if we gave them a choice? Who would they follow, then?”

Who would you follow?
To get to the bottom of this question, the team had to devise a more sophisticated task that would allow the fish to choose where to move. The task they came up with was to teach fish to associate a coloured light with a food reward. In animal behaviour research, training animals, in carefully regulated settings, to do specific tasks using food rewards, is a common technique, and there was every reason to think that the cichlids could be trained. “It took a group about four days to learn to respond to that coloured light and swim to that side of the tank to get food,” says Jordan.

The sophisticated task came next. From these trained fish, called “demonstrators,” a dominant or subordinate male was put into a new group of untrained fish. The researchers then asked how quickly that group responded to the light.

In groups with a subordinate male as demonstrator, fish quickly came to a consensus about which light to follow, moving together as a coherent unit to succeed in the task. With a dominant male as the informant, groups were far slower to reach consensus—if they did at all.

Rethinking leadership
This result touches on the evolution of animal societies as well as leadership structures in organisations. “In many societies, whether animal or human, individuals in positions of power all possess a similar suite of traits, which are aggression, intimidation and coercion,” says Jordan.

“But if our goal is to create groups and social structures that are responsive to change, and through which new information spreads quickly and effectively, do we really want the most aggressive individuals in powerful positions?

“Effective communication requires the presence of a diversity of voices, not just the loudest. Our results from a natural system show that allowing alternative pathways to positions of power may be useful in creating stronger advisory, governmental, and educational structures.”