A team of experts in artificial intelligence (AI) and animal ecology have put forth a new, cross-disciplinary approach intended to enhance research on wildlife species and make more effective use of the vast amounts of data now being collected thanks to new technology. Their article appeared in Nature Communications. (Adapted version of the original press release from the École polytechnique fédérale de Lausanne; EPFL)

The field of animal ecology has entered the era of big data and the Internet of Things. Unprecedented amounts of data are now being collected on wildlife populations, thanks to sophisticated technology such as satellites, drones and terrestrial devices like automatic cameras and sensors placed on animals or in their surroundings. These data have become so easy to acquire and share that they have shortened distances and time requirements for researchers while minimizing the disrupting presence of humans in natural habitats. Today, a variety of AI programs are available to analyze large datasets, but they are often general in nature and ill-suited to observing the exact behavior and appearance of wild animals. A team of scientists from EPFL and other institutions – among them the Centre for the Advanced Study of Collective Behaviour at the University of Konstanz – has outlined a pioneering approach to resolve that problem and develop more accurate models by combining advances in computer vision with the expertise of ecologists. In their recent article, which appeared in Nature Communications, they open up new perspectives on the use of AI to help preserve wildlife species.

Building up cross-disciplinary know-how
Wildlife research has gone from local to global. Modern technology now offers revolutionary new ways to produce more accurate estimates of wildlife populations, better understand animal behavior, combat poaching and halt the decline in biodiversity. Ecologists can use AI, and more specifically computer vision, to extract key features from images, videos and other visual forms of data in order to quickly classify wildlife species, count individual animals, and glean certain information, using large datasets. The generic programs currently used to process such data often work like black boxes and do not leverage the full scope of existing knowledge about the animal kingdom. What is more, they are hard to customize, sometimes suffer from poor quality control, and are potentially subject to ethical issues related to the use of sensitive data. They also contain several biases, especially regional ones; for example, if all the data used to train a given program were collected in Europe, the program might not be suitable for other world regions.

“We wanted to get more researchers interested in this topic and pool their efforts so as to move forward in this emerging field. AI can serve as a key catalyst in wildlife research and environmental protection more broadly”

If computer scientists want to reduce the margin of error of an AI program that has been trained to recognize a given species, for example, they need to be able to draw on the knowledge of animal ecologists. These experts can specify which characteristics should be factored into the program, such as whether a species can survive at a given latitude, whether it is crucial for the survival of another species (such as through a predator-prey relationship) or whether the species’ physiology changes over its lifetime.

In a recent interview, Professor Mackenzie Mathis, head of EPFL's Bertarelli Foundation Chair of Integrative Neuroscience and co-author of the article, described how new machine learning algorithms can be used to automatically identify an animal down to the individual level – for example, by using a zebra's unique stripe pattern or its movement dynamics in a video as a signature of identity. She added that this is where the merger of ecology and machine learning is key, stating that the field biologists have immense domain knowledge about the particular animal being studied, while it is the job of the machine learning researchers to build tools and find solutions. 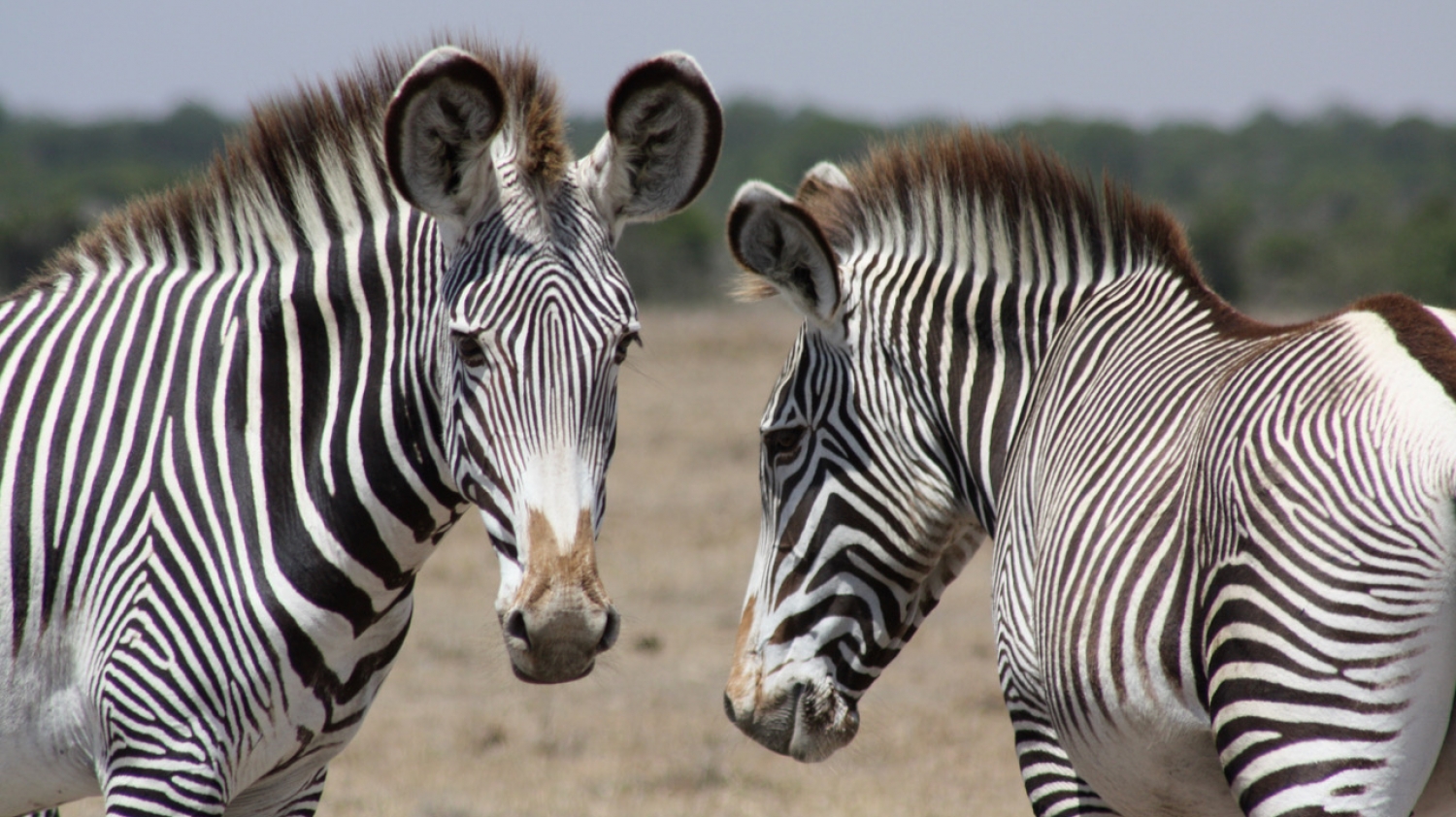 Each zebra has a unique stripe pattern, comparable to the human fingerprint

Getting the word out about existing initiatives
The idea of forging stronger ties between computer vision and ecology came up as Tuia, Mathis and others discussed their research challenges at various conferences over the past two years. They saw that such collaboration could be extremely useful in preventing certain wildlife species from going extinct. A handful of initiatives have already been rolled out in this direction; some of them are listed in the Nature Communications article. For instance, Tuia and his team at EPFL have developed a program that can recognize animal species based on drone images. It was tested recently on a seal population. Meanwhile, Mathis and her colleagues have unveiled an open-source software package called DeepLabCut that allows scientists to estimate and track animal poses with remarkable accuracy. It has already been downloaded 300,000 times. DeepLabCut was designed for lab animals but can be used for other species as well. Researchers at other universities have developed programs too, but it is hard for them to share their discoveries since no real community has yet been formed in this area. Other scientists often do not know these programs exist or which one would be best for their specific research.

That said, initial steps towards such a community have been taken through various online forums. The Nature Communications article aims for a broader audience, however, consisting of researchers from around the world. “A community is steadily taking shape,” says Tuia. “So far we have used word of mouth to build up an initial network. We first started two years ago with the people who are now the article’s other lead authors: Benjamin Kellenberger, also at EPFL; Sara Beery at Caltech in the US; and Blair Costelloe at the Max Planck Institute of Animal Behavior and the Centre for the Advanced Study of Collective Behaviour in Germany.”